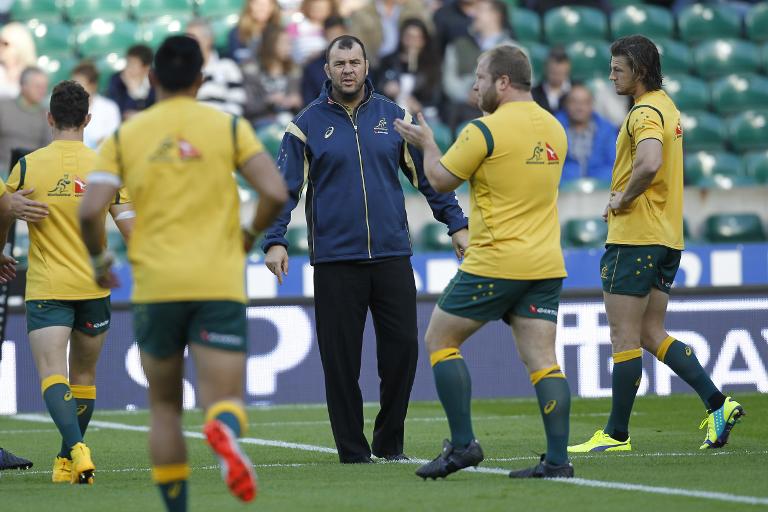 Hooper took over the national captaincy last year when Moore suffered a season-ending knee injury in his first Test as skipper against France.

“It’s a tough call, it’s an important choice, but it’s enjoyable to have to tell someone that he is going to be the captain of Australia,” Cheika told reporters.

“We’re comfortable with where we are at around our whole leadership team.

“Hooper was the previous captain while Stephen was out injured. I think it’s pretty logical.”

Moore’s injury paved the way for Hooper to become the Wallabies’ youngest Test captain at 22, going on to lead the team on their end-of-season tour of Europe under Cheika, who took over from dumped coach Ewen McKenzie.

Cheika said whoever skippers the Wallabies at the Rugby Championship in July-August will also be in charge for the World Cup in England and Wales in September-October.

The ACT Brumbies’ 92-Test veteran Moore said he would love nothing more than to lead Australia again.

“It would be great to get another opportunity because of the way it panned out last year, but whatever my role is in the team I’m going to do the best I can,” Moore said.

Hooper extended his contract with the NSW Waratahs and the Australian Rugby Union on Thursday, which will keep him playing in Australia until at least the end of 2018 — good news for the Wallabies who are facing an exodus of stars following this year’s World Cup.

“The opportunity to play for my country is something I am very passionate about, and is a huge reason why I wanted to commit beyond my current term,” said the 42-Test flanker.

Cheika said he would pick a squad of around 45 at the end of the Super Rugby regular season this weekend, including those still playing in the finals series.

He will then trim it to 35 for the opening two Tests of the Rugby Championship against South Africa and Argentina.