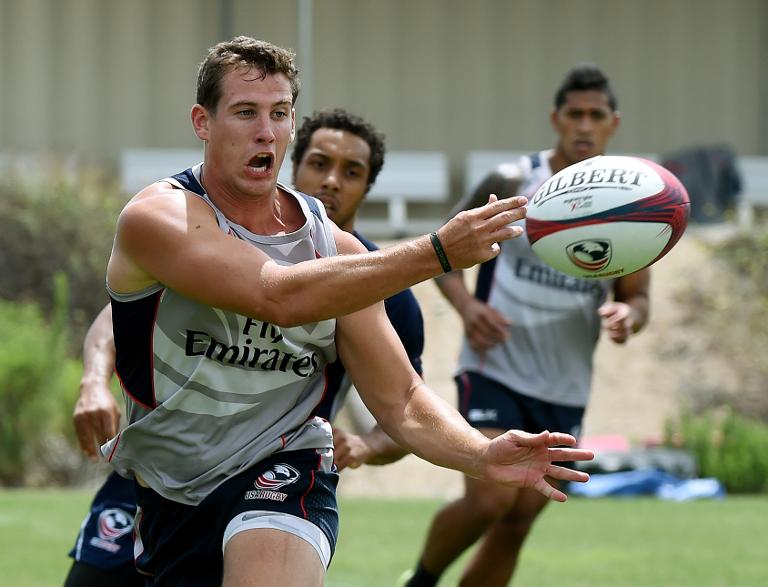 The USA’s reputation as the most successful rugby nation in Olympic history will be on the line this weekend as the emerging force of the seven-a-side code attempt to book their tickets to Rio de Janeiro.

Ninety-two years after a band of American amateurs upset France to claim the gold medal at the 1924 Paris Olympics, rugby returns to the Games next year after nearly a century’s absence.

It means the United States, who also won Olympic gold in 1920 but have become a second-tier rugby nation in the modern era, will have a title of sorts to defend when the Olympic sevens tournament kicks off in football-crazed Brazil.

First however, the United States must make sure of their place in Rio, which they can do on Sunday if they triumph in the North America Caribbean Rugby Association (NACRA) Olympic qualifiers in North Carolina.

The biggest threat to American hopes is likely to come from Canada, for so long the dominant force in North American rugby.

However recent results, including a remarkable victory in the London leg of the World Sevens Series, suggest the regional balance of power may have tilted towards the United States.

The win in London — which included a 45-22 victory over Australia in the final after a 43-12 demolition of England in the last four — was the first time the USA had ever won a major sevens tournament.

The triumph, which also included a 29-10 defeat of Canada, suggested that the idea of the Americans posing a threat to the likes of New Zealand and Fiji in Rio next year may not be so fanciful after all.

Assistant sevens coach Chris Brown said the win in London has infused the US team with belief as they prepare for the qualifiers.

“It was a good stepping stone,” Brown told AFP at the USA’s training base in Chula Vista outside San Diego.

“The boys had been growing in confidence. But it’s a very fine line between arrogance and confidence and we’re trying to enhance their self-belief.

“London was good for that — something special for them to achieve. But we all know what the Olympic dream is. So if we don’t do a job in the qualifiers we won’t be where we want to be.”

The stakes for American rugby are high. Rugby’s return to the Olympics, and the participation of a competitive US team in Rio, will give the sport a rare moment in the spotlight in the land of basketball, baseball and gridiron.

“It will be huge here,” Brown says of rugby’s inclusion in the Olympics. “To get the exposure and the interest of the people — it’s going to be massive.”

Many of the headlines in London were grabbed by Carlin Isles, the flying wing with a personal best of 10.24secs for the 100m who has been dubbed “the fastest man in rugby.”

Isles, who excelled at American football and track and field in his youth, crossed over to rugby union in 2012.

Along with other gridiron converts such as the leggy Perry Baker and powerful former University of Oregon wide receiver Zack Test, Isles represents the changing face of American rugby.

“If you put him over 100 meters against anybody there’ll be no-one with five metres of him. There’s no-one in the world close to him,” Brown said.

“The difference in rugby is your game understanding and players in more of the elite rugby countries have had a better understanding of the game.

“But now Carlin’s growing in that area and you’re starting to see he can beat players one-on-one with ease, not just in straight line running but being able to stand them up and take that outside gap.”

The rise of US rugby is also reflected in growing interest in the 15-a-side code. Last year the All Blacks played the US Eagles at Chicago’s Soldier Field in a one-off Test match, winning 74-6 in front of a sellout 61,500 crowd.

The home of the NFL’s Chicago Bears will again be the venue in September, when the Eagles face Australia in a warm-up match ahead of the Rugby World Cup.

In August, English giants Saracens will face Super 15 side the Crusaders in a pre-season friendly at the Superdome in New Orleans.