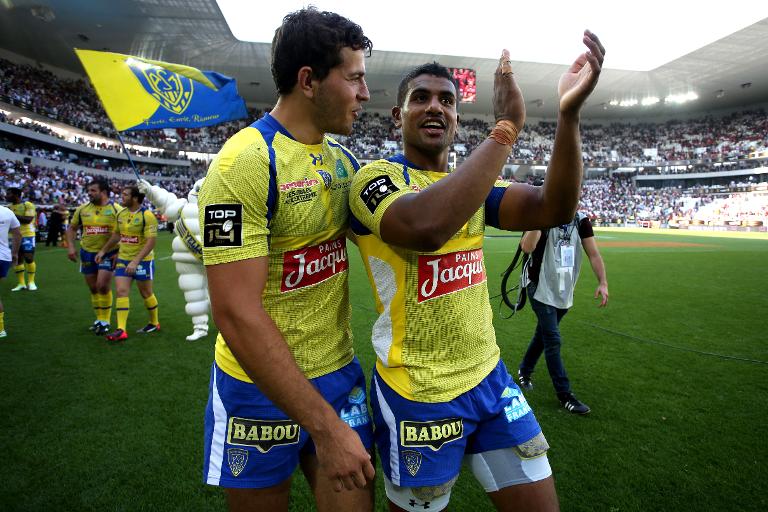 The Top 14 is often pilloried for cash-splashing club presidents who turn a blind eye to salary caps and recruit many of the world’s top rugby stars, albeit at the end of their careers, at the expense of homegrown French talent.

Clermont and Stade Francais will largely buck that trend when they clash in Saturday’s Top 14 final at the Stade de France, showcasing a wealth of academy products.

“It’s for that that we’re working, obviously,” Rioux said after watching the likes of Wesley Fofana, Jean-Marcellin Buttin, Noa Nakaitaci, Ludovic Radosavljevic or Paul Jedrasiak help Clermont to a 18-14 victory over Toulouse to set up the showdown for the ‘Bouclier de Brennus’ on Saturday.

“We have the goal of having 50 percent of the professional squad qualified from the academy by 2020.

“We are asked to account for that but we also have the means. So it’s obviously with great pride when you look at a matchday line-up and see that we’re approaching our goal.”

All clubs in the Top 14 are required to field a minimum of 55 percent French-reared players, not necessarily of French nationality, over the 26 games that make up the season.

Qualifying players are referred to in French as JIFF (joueurs issus des filiÃ¨res de formation): they must have been registered with the French Rugby Federation for at least five years before turning 21, or have spent three seasons in an FFR-approved academy if they are currently under 21.

The promising 22-year-old lock Jedrasiak is still in the Clermont’s academy (along with 19 others), but has beaten off competition from three capped internationals in Clermont’s squad to replace the injured Canadian Jamie Cudmore in the boilerhouse.

“Paul is the one we speak most of because he’s starting on Saturday,” Rioux said.

“But this season there have been six or seven of them who’ve had game time with the professionals.”

Importantly for the JIFF quotas, the players do not have to be French, opening the training centre doors to young rugby hopefuls from around the world, with Clermont home to aspiring Georgians, Fijians, English and Portuguese players.

“This year, we’ve integrated two or three players into the academy from our schools of rugby,” said Rioux.

“If we have the chance to raise a good local, of course we do it. But it’s not simple,” he added, giving as an example the difference in playing numbers between the Massif Central where Clermont is situated and the Ile-de-France region surrounding Paris.

“They have five times the number of registered players.”

“We have an enormous pool,” he said. “But there’s competition with Massy and, above all, Racing-Metro who tend to take a lot of players.”

Last Saturday, Stade Francais called on eight players who had come through their academy in the capital club’s stunning 33-16 victory over defending champions Toulon.

Stade Francais’s resurgence corresponds to the emergence of a golden generation “based around the team of 1989 that were crowned French under-16 champions, like Alexandre Flanquart, Rabah Slimani and Djibril Camara”, explained Julien Combes, sporting director of the Stade centre.

“Ever since, each year we’ve managed to produce talented players like Hugo Bonneval, Jules Plisson and Jonathan Danty.”

These talents, all born in the Parisian region, all also played together in the under-21 side and together form a “real group of mates” who have injected a breath of fresh air into the club, Arnald added.

Ironically, the young players have also benefitted from the club’s sometime rocky financial ride which has meant that the youngsters managed more game time and thus matured more quickly as rugby players capable of dealing with the strains of the relentless Top 14.

“We’ve installed this desire to play, of playing the ball about, we know where we want to go. Taking the initiative, enjoying it. We’re also trying to make the players intelligent,” said Combes.