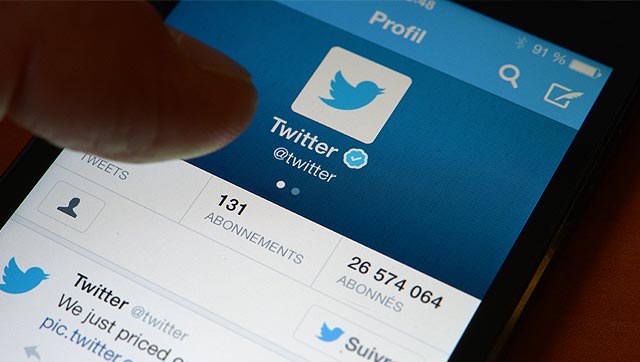 New Delhi: A Delhi-based journalist has lodged a complaint against an anonymous Twitter user, accusing him of “defamation” and “character assassination” on the social networking website.

Swati Chaturvedi lodged a complaint on Thursday at the Vasant Vihar police station where she claimed that @LutyensInsider has been continuously posting defamatory and sexually explicit tweets about her and Congress Vice-President Rahul Gandhi.

Chaturvedi wrote although she had laughed off the tweets initially, she decided to take action after @LutyensInsider claimed that she was stalking Rahul Gandhi seeking a sexual relationship.

“I am not very thick-skinned and my reputation is my most precious asset. So after tossing and turning all night, I decided that I will do, what we as the media, keep prescribing to others â€” take action,” tweeted Chaturvedi.

â€œNow that Rahul Gandhi is on Twitter as @OfficeOfRG, this psycho @bainjal will stalk him here as well. Rahul will be reminded of the horror,â€ Lutyens Insider (@LutyensInsider) tweeted on May 8, 2015

â€œMy editor met Rahul Gandhi recently. Asked about if what I revealed about @bainjal was true. Rahul laughed saying, “that woman was psycho!” Lutyens Insider (@LutyensInsider) tweeted on June 9, 2015

After filing the FIR on Wednesday, Chaturvedi tweeted about it tagging @LutyensInsider.

On March 24, the Supreme Court had struck down Section 66A of the IT Act which allowed arrests for posting offensive content on social media sites.

An FIR has been filed under section 354D of the Indian Penal Code at the Vasant Vihar police station. The sections relate to stalking.