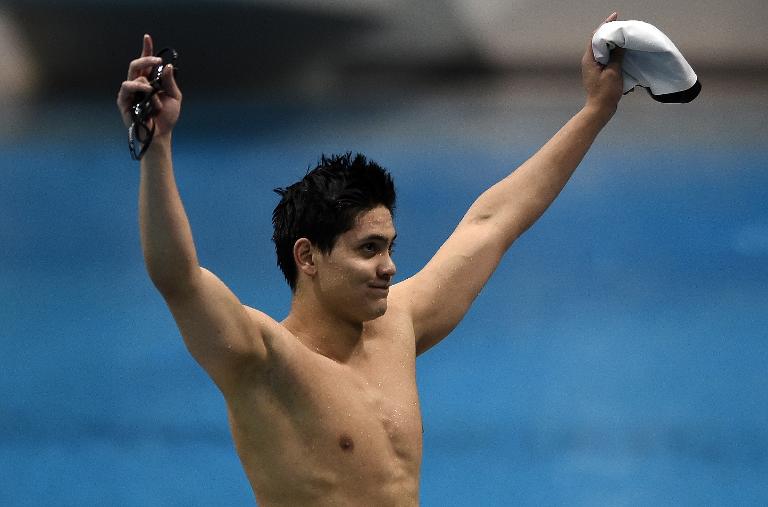 Schooling-led Singapore smashed the Games’ 4x100m medley relay record by more than three seconds with a time of 3min 38.25sec, in a rousing finish to the swimming competition.

Home fans celebrated exuberantly as Singapore ended with 23 of the 38 swimming golds, while Schooling will now leave for next month’s world championships in buoyant mood.

“Itâ€™s just a small stepping stone to what I am trying to achieve,” said Schooling, who is expected to swim a much reduced schedule at the worlds in Kazan, Russia.

“The SEA Games, I know itâ€™s a big deal to Singapore and stuff but I think a lot of the guys in the team have to look past the SEA Games.

“We are on a different platform right now than where we were a couple of years ago and weâ€™re gonna have to start looking at Commonwealth Games, Asian Games and then slowly worldâ€™s and ultimately the Olympics.”

Singapore’s swimming success contributed a significant share of their table-topping gold medal haul of 66 titles so far at the Southeast Asian (SEA) Games.

But the hosts will now be looking over their shoulders at Vietnam, who by late on Thursday had cut the deficit to seven golds, with Thailand a further two behind.

Singaporean pride also received a setback when the 10-man hosts crashed out of the football competition in the group stages with a 1-0 loss to Indonesia.

Vietnam also had success on the track as they won the women’s 4x400m relay, and Duong Van Thai and Do Thi Thao added the men’s and women’s 1,500m titles to their 800m crowns.

Badminton star Lee Chong Wei suffered a blow when Malaysia lost 3-2 to Indonesia in the men’s team event, bringing his first SEA Games in 10 years to a premature end.

Elsewhere Singapore’s smooth running of the SEA Games hit a hiccup when several cyclists complained of food poisoning after the men’s and women’s time trials.

Organisers launched an investigation after “a bout of loose stools that has affected a few athletes early this morning”, they said.

“Two other riders, including my room-mate, are down too. I think it was the chicken and the curry egg at dinner,” he was quoted as saying.