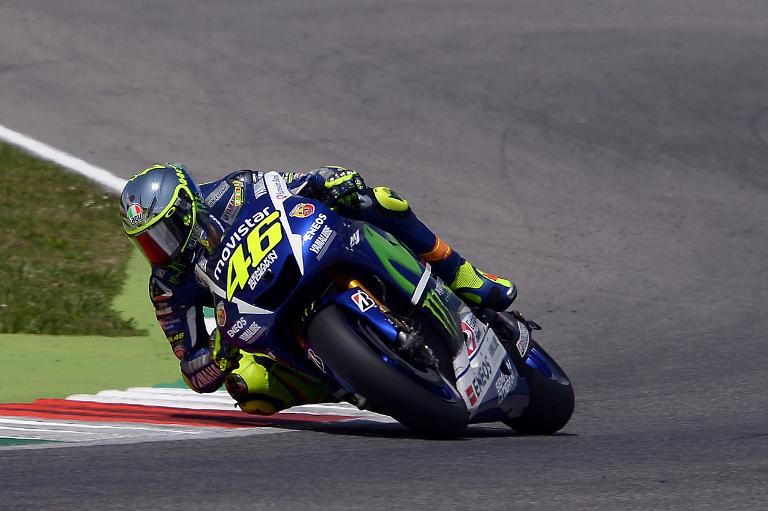 Valentino Rossi and Jorge Lorenzo aim to hammer home Yamaha’s superiority at the Grand Prix of Catalunya on Sunday with the Italian seeking a seventh top-class win at the circuit.

Rossi has led the world championship since the start of the season but Lorenzo has won three races on the spin, including last time out in Rossi’s Mugello backyard.

The Italian was third on his home track and his lead is now just six points in the standings.

“We have to improve a few little things. We have to be better at finding the right set up for the bike and we have to be faster so we can start the race from a better position.”

“Three in a row is a good number of victories. I’d never thought this would be possible after a strange beginning of the championship,” said Lorenzo.

“After the win in Mugello I’m happy with my performance and also with the team’s work. Everything is going well right now, I’m only six points behind Valentino and the bike is feeling the way I like.”

Defending champion Marc Marquez heads to his home race, where he won last year, still looking for the blistering form which took him to the title in 2014.

The Spaniard won in Austin this season but admits his Honda team has plenty to do this weekend.

Marquez is down in fifth place in the standings on 69 points, 49 points behind Rossi and with the two Ducatis of Andrea Dovizioso and Andrea Iannone in between.

Two-time champion Marquez has been on the podium at Montmelo in each of the past five years but saw his hopes in Italy end with six laps left when he crashed.

“It was disappointing to crash out in Mugello but this can happen when youâ€™re on the limit,” he said.

“This weekend we head to Catalunya for my home GP and we have a lot of work to do to prepare the bike. Iâ€™ve had good results at this track and won there last year, so will hope to do the same in front of all my fan club.”