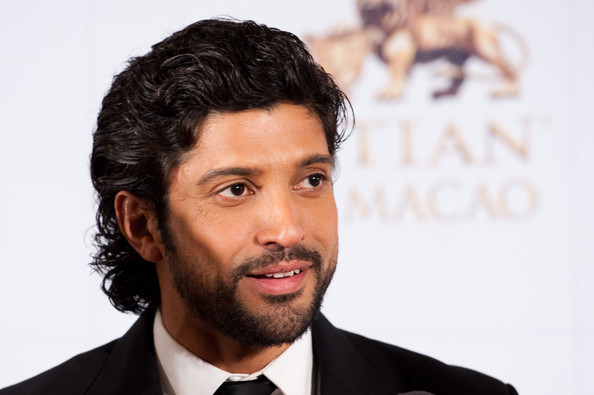 The multi-talented actor-director-producer-singer Farhan Akhtar, is unique in his own way. Heâ€™s a jack of all trades, donning several cinematic hats easily. Farhan has brought subtlety and class in Indian cinema and rejected all that jazz. He has created a niche for himself within a very small time span. He is looked up as a trendsetter, who is capable of changing the rules of filmmaking.

Farhan Akhtar was born on January 9, 1974 to renowned writer Javed Akhtar and Honey Irani in Mumbai. He has a younger sister Zoya Akhtar who is a famous director and screenwriter herself. He did his schooling from Maneckji Cooper School, Juhu, and later joined HR College, for a degree in Commerce only to leave it in the second year.

He entered Bollywood at the age of 17, assisting directors and cinematographers. Farhan assisted Pankaj Parasher on Himalaya Putra, which was Akshay Khannaâ€™s debut film.

He dropped out his college and did various jobs like working for a TV production house and setting up his own production house, Excel Entertainment with childhood friend Ritesh Sidhwani.

Farhan made his directorial debut with a superhit film Dil Chahta Hai in 2001. He called this movie the â€œturning pointâ€ of his career.

The success of Dil Chahta Hai opened doors for him and he signed Hrithik Roshan for Lakshya in 2004, although the movie couldnâ€™t do well at BO but movie was critically acclaimed. Its script was written by his father Javed Akhtar.

In 2009, it was his sisterâ€™s directorial debut Luck By Chance, where we saw his acting talent. Although the movie didnâ€™t get much appreciation but his acting skills were applauded.

In 2010, he was seen in the thriller Karthik Calling Karthik opposite Deepika Padukone, which did average at the BO.

He came back to direction in 2011 with Zindagi Na Milegi Dobara, he was also a part of the movie and then came Don 2, and both the movies were highly appreciated by all. Â

In 2013, he worked for a biopic on Mika Singh; the film was Bhaag Milkha Bhaag which got rave reviews from one and all. He later worked in Shaadi Ke Side Effects in 2014 and now he is back with Dil Dhadakne Do, which has done tremendously well at the Box -Office.

Farhan got married to Adhuna Bhabani Akhtar in 2000 and they have two daughters, Shakya Akhtar and Akira Akhtar.