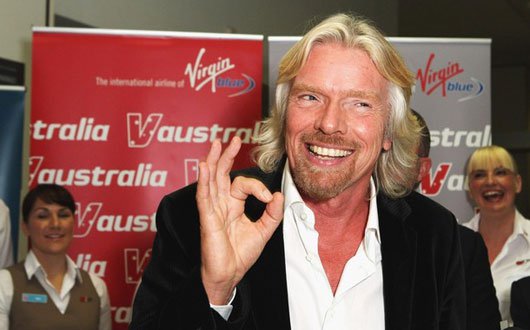 Now dadâ€™s to enjoy their parenthood equally as moms do!

Richard Branson, the founder of Virgin Group, is making things a little less stressful for some of Virginâ€™s new parents.

Now, new dads employed by Virgin will be able to take up to a year’s paternity leave on full pay, the company’s founder Sir Richard Branson has announced.

The offer extends to employees of both sexes, and goes far beyond the new laws onÂ shared parental leaveÂ that came into effect in April. Under the new laws, mothers and fathers may divide up to 50 weeks parental leave between them, as they see fit.

In a statement, Sir Richard said, “If you take care of your employees they will take care of your business. As a father and now a granddad to three wonderful grandchildren, I know how magical the first year of a childâ€™s life is but also how much hard work it takes.”

The offer is so far only available to employees of Virgin Management, Virgin Group’s brand licensing and investment division, which has fewer than 140 employees.

Last year, Sir Richard announced he was offering employees the opportunity toÂ take unlimited holidaysÂ throughout the year in an effort to boost morale, creativity and productivity.

Writing on his blog at the time, the Virgin boss said: â€œIt is left to the employee alone to decide if and when he or she feels like taking a few hours, a day, a week or a month off, the assumption being that they are only going to do it when they feel a hundred per cent comfortable that they and their team are up to date on every project and that their absence will not in any way damage the business â€“ or, for that matter, their careers.â€