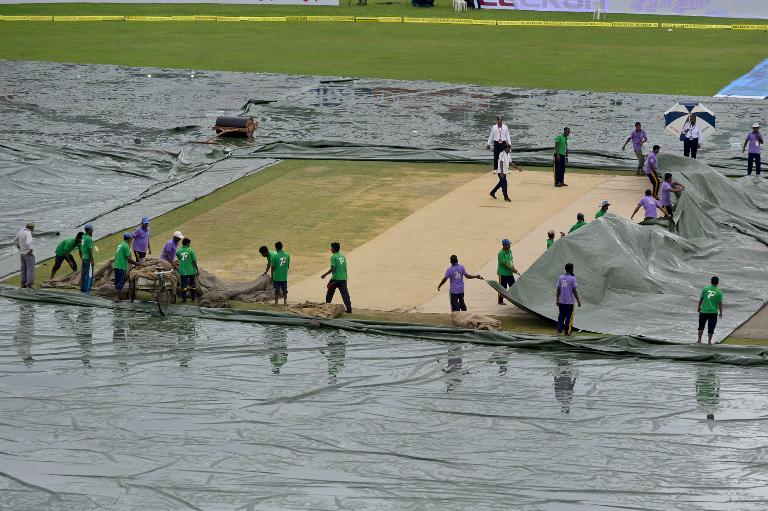 Heavy rain forced the second day’s play to be abandoned without a ball being bowled in the one-off Test between Bangladesh and India in Fatullah on Thursday.

Umpires Kumar Dharmasena and Nigel Llong called off play at 1.40 pm (0740 GMT) after incessant rain since early morning left the outfield and the covers water-logged at the Khan Shaheb Osman Ali stadium.

Just 56 of the stipulated 90 overs were bowled on the first day due to bad weather, with India making 239 for no loss after they won the toss and elected to bat.

Shikhar Dhawan was unbeaten on 150 and Murali Vijay was on 89.

More rain has been forecast for the next three days, raising fears of the match ending in a draw.

India and Bangladesh are due to play three one-day internationals in Dhaka following the Test.