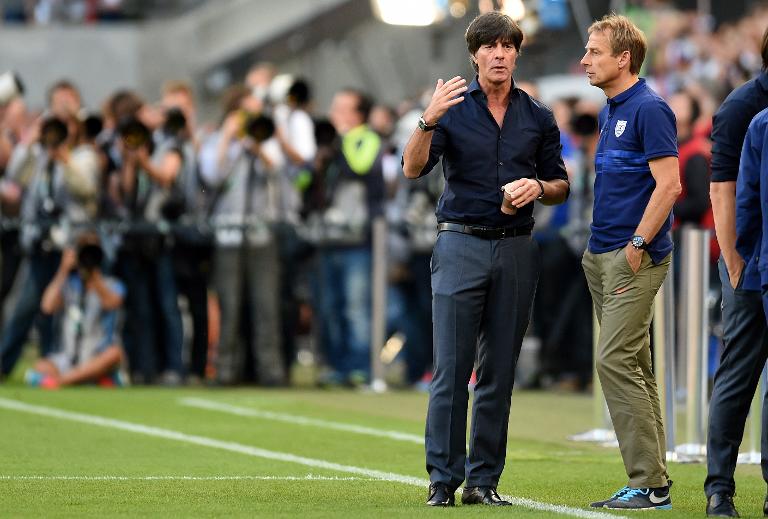 Germany coach Joachim Loew admits the world champions’ poor finishing is an issue following their shock 2-1 friendly defeat to the USA on Wednesday.

Germany were stunned by the Jurgen Klinsmann-coached Stars and Stripes in Cologne as the visitors came from a goal down to inflict a 2-1 defeat on Loew’s side with Bobby Wood scoring the 87th-minute winner.

It was Germany’s third defeat in nine games since winning the World Cup last year after defeats to Argentina last September and in a Euro 2016 qualifier in Poland in October, and their poor finishing was again a factor after missing a string of chances.

“For me, some of the players lacked that lust to score a goal,” said Loew, who had rested several first-choice players ahead of Saturday’s Euro 2016 qualifier against minnows Gibraltar in Faro, southern Portugal.

“It was the same against Poland and Georgia (when Germany won 2-0 in Tbilisi in March), as well as the United States.

“The conversion of chances is very important and therefore remains an issue for us.

“It is an area we must improve on if we are to ensure a successful autumn campaign.”

Germany lie a point behind leaders Poland in Euro 2016 qualifying Group D before facing bottom side Gibraltar on Saturday while the Poles host Georgia and the Republic of Ireland take on Scotland.

Loew’s side need only finish in the top two to qualify automatically for next year’s finals in France, and their campaign wraps up in the autumn when they host Poland and go to Scotland in September before playing Ireland in Dublin and Georgia at home in October.

For the games against the USA and Gibraltar, Loew left the likes of Bayern Munich’s Thomas Mueller and Borussia Dortmund’s Marco Reus out of his squad, but Saturday’s qualifier should not pose a problem.

“No, we will play a good game in Gibraltar and get the three points, I am convinced of that,” said Loew.

“But we’ll also be happy when the season is over. The fact the players are somewhat tired after a taxing season is completely normal.

“We must, and will, hold the tension until Saturday.”

One plus point for Loew was the debut of Borussia Moenchengladbach winger Patrick Herrmannn, whose superb pass set up Mario Goetze for Germany’s first-half goal against the USA before Mikkel Diskerud’s equaliser.

“Patrick did very well and showed his eye for goal. He countered well and often had the opposition’s defence under pressure,” said Loew.