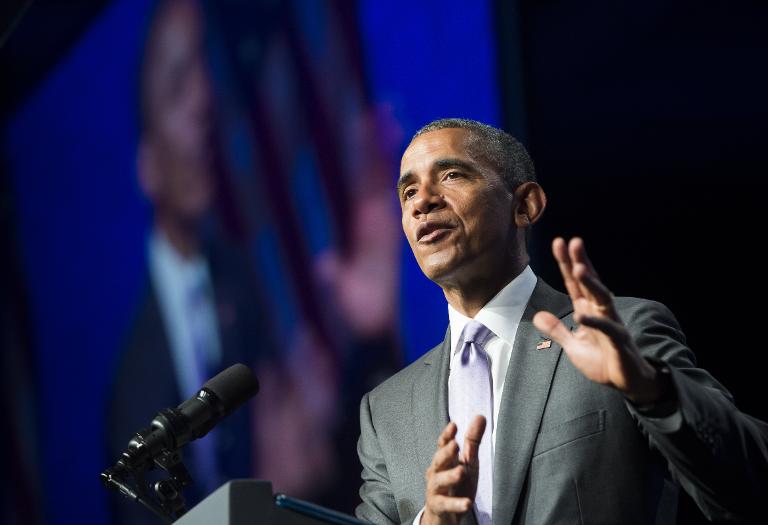 US President Barack Obama on Wednesday approved the deployment of 450 more US military trainers to Iraq, a cautious bid to reverse gains by the Islamic State group.

The White House said the forces will join an already 3,100-strong mission to “train, advise and assist” the Iraqi army as well as Sunni tribal fighters.

The new contingent will focus on efforts to wrest back control of provincial capital Ramadi.

Islamic State seized the predominately Sunni city near Baghdad in May, punching a giant hole in Obama’s strategy to “defeat and degrade” the jihadist group.

Obama has ruled out putting combat troops on the ground, fearing it may re-entangle US forces in a war he fought hard to end.

Instead his administration has offered air support, arms and training to an amalgam of disparate Iraqi forces.

In addition to extra trainers, the White House announced there will also be “expedited delivery of essential equipment and material” for those tribal and Kurdish Peshmerga fighters — in coordination with the central government in Baghdad.

While senior Obama military and civilian aides indicate he “hasn’t ruled out any additional steps,” such as providing field advisers or personnel to call in airstrikes, they say the current strategy will remain in place.

“The president has made it clear that he will look at a range of different options,” said Deputy National Security Advisor Ben Rhodes.

“Our overriding focus here is making sure that there is Iraqi capacity on the ground.”

The new US training contingent will be based at Taqaddum Air Base, perched between jihadist-held Ramadi and Fallujah.

“We felt like we could sufficiently mitigate the risk to make it worthwhile to go out there to perform this important mission.”

Iraq’s Sunni Muslim community — likely to be key to victory in Anbar — has yet to join the fight against Islamic State in large numbers.

After years of sectarian tensions, there remains a simmering distrust of the Shiite-led government in Baghdad.

There may also be lingering suspicion of the United States, which in previous campaigns recruited Sunni fighters before leaving them to the mercy of Shiite sectarian rulers.

The Pentagon said a large portion of the new US troops will focus on protecting trainers and other officials, while a small group will help Iraqi forces plan an eventual counter-attack on Ramadi.

The deployment of 450 US troops into the middle of a contested area may also have an impact on Islamic State’s actions, said Slotkin.

“It’s a step in the right direction, but as the president admitted the other day, he has no strategy to win. And this is another tactical move,” said House of Representatives Speaker John Boehner.

“I support the tactical move the president is taking, but where’s the overarching strategy?”