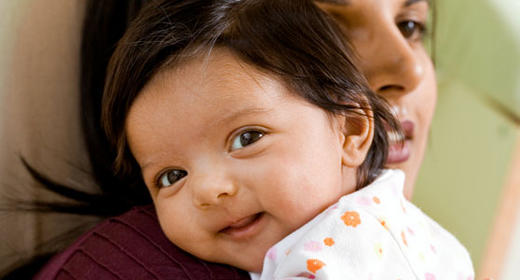 New Delhi: Itâ€™s a traumatic task for Indian citizens to acquire a certificate of identity for toddlers during the time of their birth. The whole process takes a lot of time and it needs to be done before the child turns one.

But now, people can breathe a sigh of relief as the Home Ministry now plans to ease the rules so that applications can be processed by the high commissions, for making the process simpler and delays can be minimal.

The new procedure proved to be a boon for Swagata Lakshmi, as her wait for Indian citizenship finally endedÂ on Wednesday.

Lakshmi was born to Indian parents in Ghana last year and had to struggle a lot for her Indian citizenship. A case was registered and then referred to North Block because her parents failed to register her birth with the Indian High Commission in Accra within a year.

Currently, the registration of such births can be done by an Indian embassy abroad within a year, after which the Union Home Ministry becomes the competent authority.

“It causes inconvenience to the Indian citizen abroad as there are bound to be delays in clearing the application. We are planning to change citizenship rules to ensure that even after a delay of a year, the Indian embassy abroad has the power to register the birth of the child as an Indian citizen and a passport can be issued,” a senior home ministry official was quoted as saying by a leading nation daily.

Meanwhile, there are also some cases which have to be considered before the changes are made.

“There have been cases when applications were submitted after the child had turned 12 years old,” the ministry official said.

â€œThere could be instances where the child is not the natural child of the applicants and the application comes much after the child’s birth. All these factors are being examined before making the change in the rules,” the official added.