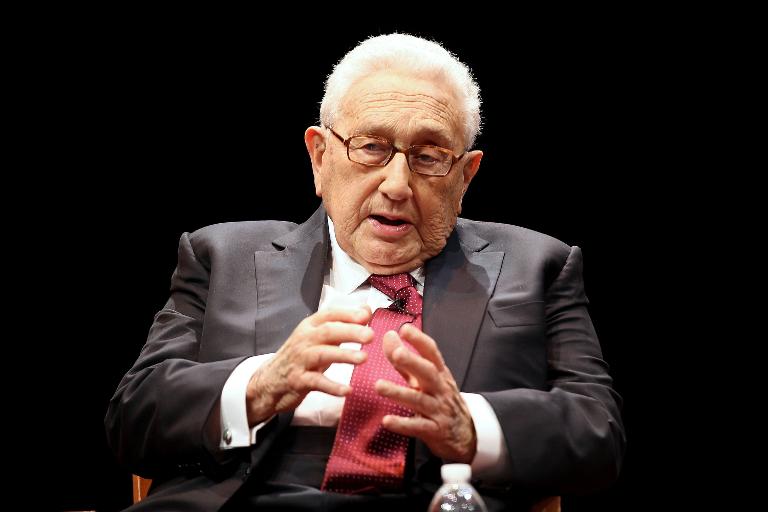 It’s in the Alps and it involves powerful people hobnobbing. But this is not the G7 or Davos, it’s the highly exclusive Bilderberg meeting, an altogether more discreet affair starting Thursday.

Held in an Austrian luxury hotel cordoned off by armed police and with military choppers overhead, this four-day pow-wow brings together around 140 movers and shakers from politics, high finance, business and academia.

They include several prime ministers, a host of bankers, technology gurus, former US secretary of state Henry Kissinger, the head of NATO and top executives like Eric Schmidt of Google and Ryanair boss Michael O’Leary.

Critics deplore the fact that unlike last weekend’s Group of Seven meeting in nearby Bavaria, no press are allowed, giving rise to accusations of secrecy and suspicions of dishonest goings-on.

But organisers say that since the gathering in Telfs-Buchen — last year it was in Denmark — is away from prying eyes it allows those attending to talk freely about the hot-button issues of the day.

This means that “participants are free to use the information received, but neither the identity nor the affiliation of the speaker(s) nor of any other participant may be revealed”.

“Thanks to the private nature of the conference, the participants are not bound by the conventions of their office or by pre-agreed positions. As such, they can take time to listen, reflect and gather insights,” it says.

And anybody expecting a closing press conference or statement will be disappointed: “There is no detailed agenda, no resolutions are proposed, no votes are taken, and no policy statements are issued,” the website says.

Those present include British finance minister George Osborne, Dutch Prime Minister Mark Rutte, senior figures from the media and even royalty in the form of Princess Beatrix of the Netherlands.

According to the official agenda, the topics include artificial intelligence, cybersecurity, chemical weapons, Greece, Iran, the Middle East, NATO, Russia, the United Kingdom and something called “threats”.

Absent though, unlike at the G7 ahead of December’s crunch UN talks in Paris aimed at securing a global agreement on global warming, is the burning issue of climate change.

Nor is there any specific mention of world hunger or inequality. The large majority of attendees are male.

Security around the venue in western Austria is ultra-tight, with police stopping anyone not invited getting anywhere near the venue — on pain of a 500-euro ($565) fine.

Some 2,100 extra police will be on duty over the coming days, with protesters planning to stage a demonstration on Saturday, and the only road leading to the hotel is blocked.

And for good measure, the Kronen-Zeitung tabloid cited the military as saying a “special low-altitude radar is in position and Kiowa helicopters armed with machine guns are carrying out patrols”.