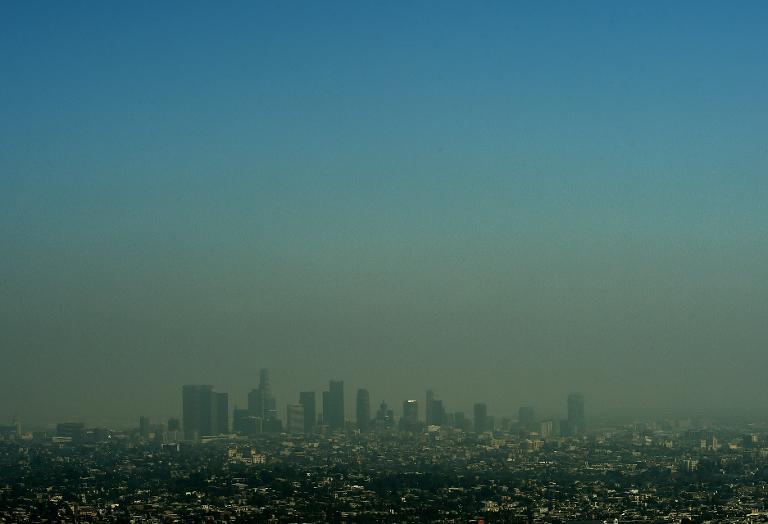 Climatologists call it the “urban heat island” effect — when a heatwave transforms a city into a furnace where citizens swelter, suffer or even die.

The phenomenon is a major worry in hot countries where global warming will drive peak temperatures even higher in coming decades.

Urban planners and researchers, gathering in a parallel conference to UN climate talks in Bonn, turned a spotlight on the problem on Wednesday.

But they also pointed to an emerging arsenal to fight it, from planting trees to designing breeze-channelling buildings.

Cities store heat from the Sun and traffic in concrete and tarmac during the day, and release it at night.

But in a heatwave, an infernal cycle starts up.

The night is not long enough for all the heat to dissipate, so at dawn the new day is already warm… and can only get warmer.

Without cooling or respite, old or sick people are especially at risk. A heatwave that gripped Europe in 2003 killed more than 70,000 people, according to peer-reviewed research.

“Urban heat island is a big problem for us,” said Catarina Freitas, head of sustainable environment management for Almada, a city south of the Portugese capital, Lisbon.

The difference between central Almada and its outskirts can be a whopping four degrees Celsius (7.2 degrees Fahrenheit), she explained.

“In the summer of 2013, we were caught in a severe heatwave. We had 1,400 more deaths during this period compared to previous years… We had a night-time temperature of 33 degrees — we couldn’t cool down our bodies, it was a nightmare.”

So what can we do to roll back urban heat?

“The first thing that you can do is plant trees, to provide shade,” said Ingrid Coninx at Wageningen University and Research Centre in the Netherlands.

“But when you plant trees you have to do it in the right way. If you prevent downward breeze from reaching the street, you could make things warmer and trap pollution.

“So you have to have a better understanding of how your city interacts with the weather systems and about the kind of vegetation that works best.”

Another quick and relatively cheap weapon is moving water: streams running through cities are not only a source of pleasure — they also absorb a remarkable amount of heat from the air, said Coninx.

Other ideas are “green” and “cool” roofs — planting shrubs and trees on the tops of buildings, or painting or covering roofs to reflect sunlight.

“Green” roofs are popular in north European cities like Hamburg and Berlin, while California brought “cool roof” requirements into its building code in 2005.

But such measures only ease heat with large-scale deployment.

“If you do not go beyond 20 or 30 percent of green roofs, you won’t see any result at street level,” said Saskia Buchholz of the German Meteorological Office.

Masdar City, a brand-new city being built in the United Arab Emirates and portrayed as a champion of urban sustainability, is being closely watched for new ideas.

“They are seeking to reduce heat architecturally, through the shaping of buildings and through wind towers, which are big, clever tubes that capture wind up above the roof line of the city and push it down to street level,” said Boswell.

In the near future, such data could be incorporated in real-estate apps, predicted Coninx.

“I can imagine that 10 or 15 years from now, home-buyers will consider whether a place will experience a high number of heatwave days — and this will translate into the price of the property as well.”