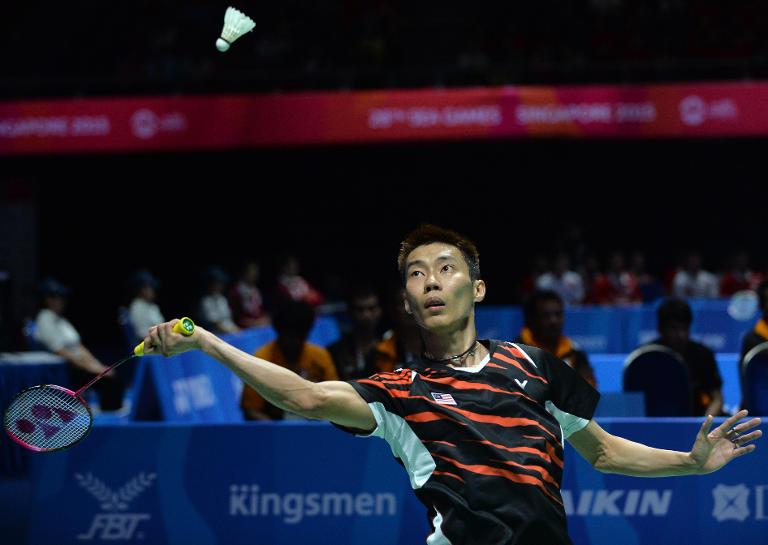 Lee, who recently returned from a doping ban and is preparing for the world championships in August, spent a total of only 48 minutes on court in his two wins.

Lee did not speak with reporters after Malaysia’s defeat but immediately after his match, he hinted that he may return for another Southeast Asian (SEA) Games.

“Let’s see my condition,” he said, when asked if he would be tempted to play when Malaysia host the next edition in 2017.

Team technical director Morten Frost said Malaysia’s men would have to do some “soul-searching” after their early exit in Singapore.

“We have to do a little bit of soul searching on the men’s team but all in all I think it was a good performance tonight and with a little bit of luck we would have made it,” a dejected Frost told reporters.

Lee will not play the singles event because he is focusing on other tournaments to improve his ranking, which has slumped to 46 following his drugs ban.

“I want to qualify for the Olympics next year and I need my rankings to improve. That’s why I am playing at the US and Canadian Open,” Lee said, referring to the back-to-back tournaments later in June and in early July.

Indonesia, which fielded a weakened team in the Games, will face Thailand in the men’s team final on Friday.