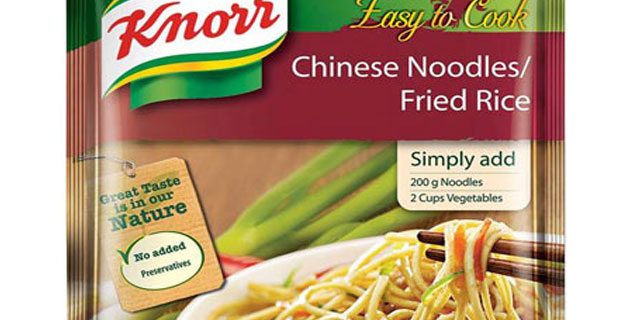 New Delhi: FMCG major Hindustan Unilever Ltd (HUL)Â on WednesdayÂ said it has stopped manufacturing and sale of the Chinese range of its Knorr instant noodles.

HUL’s decision to withdraw the product comes a day after reports that Hindustan Unilever’s Chinese range of ‘Knorr’ instant noodles may come under the scanner of Food Safety and Standards Authority of India (FSSAI) as the product was not in its approved list.

It, however, made it clear that “the discontinuance of manufacturing and sale of Chinese instant noodles is not on account of any safety or quality concerns.”

The FSSAIÂ on MondayÂ issued an order to test more brands of noodles, pastas and macaronis.

It listed 33 items manufactured by seven companies approved by it in these categories, wherein HUL’s Chinese range of ‘Knorr’ instant noodles did not feature.

HUL said it had submitted an application with FSSAI for product approval for the Knorr Chinese range of instant noodles in February 2015 and the same was pending approval.

Nestle India also announced withdrawal of the product from the market.Â