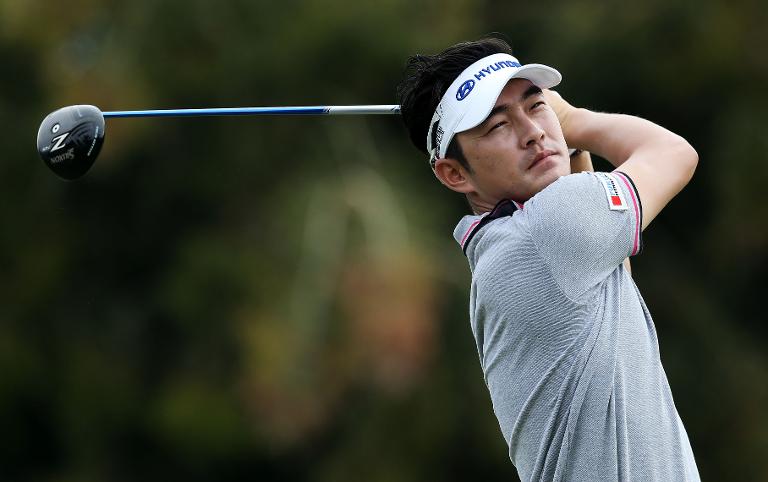 South Korea’s Kim Hyung-Sung took a one-shot first day lead at the Thailand Open in Pattaya on Thursday, with a flawless seven-under par 65 laying down a marker at the $1 million tournament.

Making light of the sweltering temperatures, Kim hit four birdies on the front nine and three more as he headed back to the clubhouse to gave himself a narrow one stroke lead over local boy, Panuphol Pittayarat.

Australian Joshua Younger sat one shot back overnight, after making a 67, and is nicely poised going into day two of the joint-sanctioned OneAsia and Japan Golf Tour Organisation event near the Thai resort city of Pattaya.

“I am happy to be leading the tournament,” 35-year-old Kim said according to a statement.

“The heat is unbelievable and I had to keep my focus. However, I am used to conditions in Thailand as I train here over the (Korean) winter… I am really comfortable playing here.”

Closest rival Panuphol, better known by his nickname ‘Coconut’, dropped a shot on the 18th to miss out on a share of the overnight lead.

Nonetheless he was pleased with his game after an inconsistent year.

“This is my best day of the year so far. I have been struggling with my putting and tee shots and my chipping a bit. I have been practicing hard and it has been paying off,” said the 22-year-old from Bangkok.