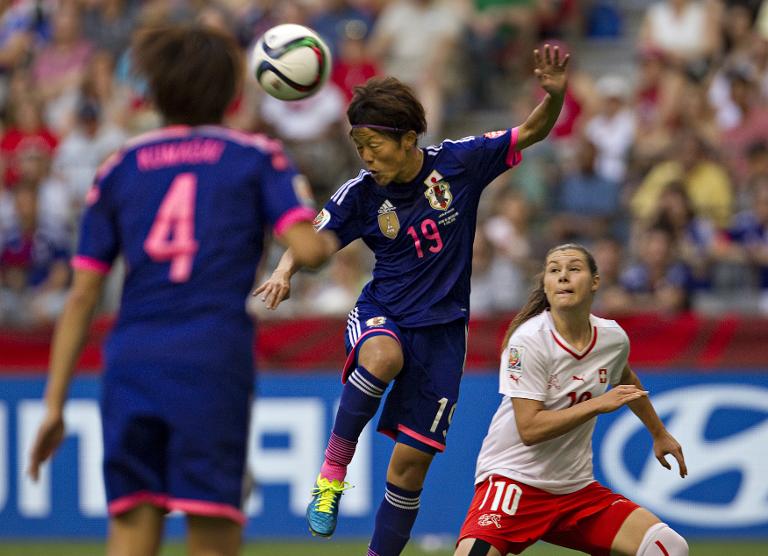 Heavyweights Japan and the United States look to keep their title push on track at the Women’s World Cup on Friday but must share the spotlight with African challengers Cameroon and Nigeria.

As the second round of group games continue across Canada, holders Japan next come up against a Cameroon side in Group C in Vancouver who are bouyed by their stunning 6-0 defeat of Ecuador in their opener.

Japan won their opener against Switzerland 1-0 but have been hit by the injury of striker Kozue Ando who has been ruled out of the rest of the competition with a fractured ankle.

Ando, 32, who has played more than 100 times for the “Nadeshiko”, was fouled by the Swiss goalkeeper and forced off the pitch.

Ando’s injury has rattled the team who are already struggling to cope with the weight of expectation as defending champions.

“She had played for the team a long time as well as 2011 (World Cup),” said forward Yuki Ogimi.

“It is a great loss for us but we will play for her and she will be with us in spirit.”

Veteran Homare Sawa, who won her 200th cap against Switzerland, said they were wary of the Africans.

“They have high individual skills. The African teams are now more organised an less erratic.”

After their Cameroon tie, Japan play Ecuador on Tuesday in their final group game.

And forward Shinobu Ohno admitted they were trying to cope with the pressure, as 4.2 million people tuned in back home to watch their opening game.

“I feel a lot of difference (from 2011), a lot of people are now watching our matches,” said Ohno.

“We do feel the pressure but we’re trying to convert it into something positive and joyful.”

Switzerland and Ecuador look for their first points in their Group C clash in Vancouver.

In Group D in Winnipeg, the United States, two-time winners and boosted by all three points in their opening match against Australia 3-1, face Sweden, who drew 3-3 with Nigeria.

African champions Nigeria next take on Australia with both sides desperate for all three points to keep their hopes alive.

Australian winger Caitlin Foord admitted it could be tricky task against the unpredictable Nigerians.

“They looked really good and looked strong, so itâ€™s going to be a tough game the next one,” said Foord.

“Coming into the tournament, no-one really knew what to expect about Nigeria, they definitely showed what they could do.”