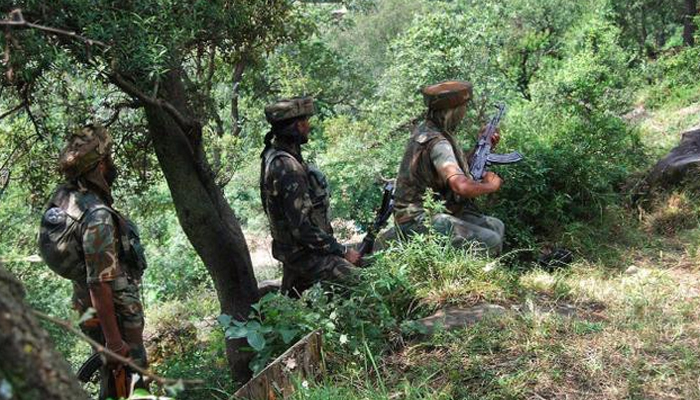 New Delhi: A day afterÂ Indian ArmyÂ carried out surgical strikes deep inside Myanmar, intelligence agencies have alerted northeastern states of India of a possible retaliation by insurgent groupsÂ in the region.

The agencies issued the alert to Manipur, Nagaland, Assam and Arunachal Pradesh.

The plan for the first of its kind operation was chalked out hours after insurgents killed 18 soldiers in an ambush in Chandel area of Manipur on June 4 and got the clearance from Prime Minister Narendra Modi on the night of June 7, soon after his return from Bangladesh, said sources privy of the details.

At a meeting on June 4, chaired by Home Minister Rajnath Singh and attended by Defence Minister Manohar Parrikar, NSA Ajit Doval, Army Chief Dalbir Singh Suhag and others, it was initially suggested that the attack on militants camp should be carried out the very next day, the sources said on Thursday.

However, the Army Chief expressed his inability to carry out the strike at such a short notice.

Since a “hot-pursuit” normally is carried out within 72 hours, it was decided that the strike has to be executed as early as possible.

Then, the top security establishment decided that the attack would be carried out on Monday and General Suhag was asked to make all the preparations.

Prime Minister Narendra Modi was briefed about the decision, the sources said.

The meeting explored the options of air strike using Sukhoi and MiG-29 fighters as well as ground strike by special forces of the Army.

However, this option was ruled out since the possibility of collateral damage was high in an air strike.

When the attack was finalised, the Prime Minister was in Bangladesh and there was a necessity to brief him all aspects of the operation. So, the strike was again delayed by a day and finalised for early Tuesday morning.

The Prime Minister was briefed about the operation after his arrival from Bangladesh on Sunday night and got his final clearance.

Meanwhile, the Army Chief undertook a visit to Manipur.

During the intervening night of Monday and Tuesday, the special forces personnel were air-dropped deep inside the Myanmar territory, closer to the camps of the militants, and the strike started at 3 O’clock on Wednesday.

Sources said as of now, as per the ground reports, 38 militants were killed and seven others were injured in the strike.