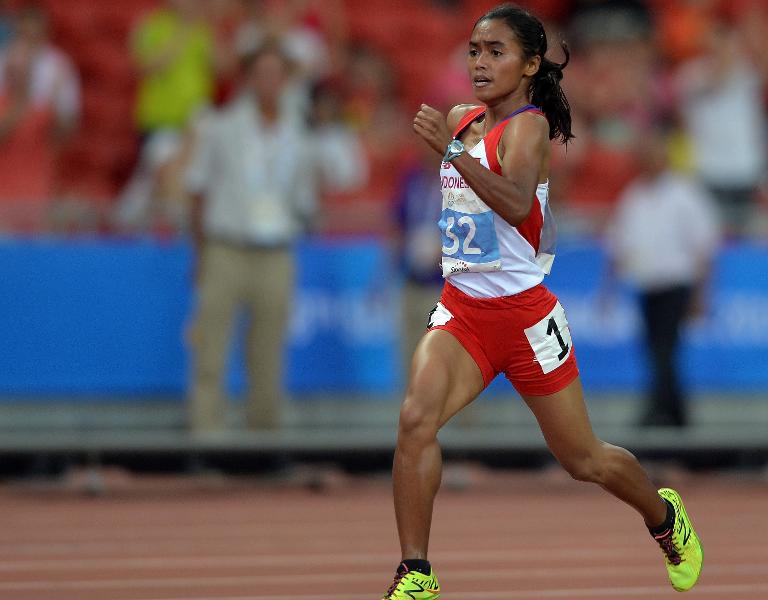 Pham was not the only runner to go shoeless as her team-mate Hoang Thi Thanh and Myanmar’s Pa Pa also left their trainers in the locker.

Triyaningsih, 28, won the 5,000m on Tuesday and she said two days’ recovery was not enough for her to improve her personal best of 32:49.47 over the longer distance.

“I wanted to break my own recordâ€¦ but following my recovery not too long ago, today for 10,000m my time is good,” she said.

Triyaningsih was one of the athletes to interrupt a run of Thai successes as they scooped five golds including the men’s 4x400m relay and the men’s and women’s sprint hurdles.

Malaysia’s Muhammad Irfan Shamsuddin, who was accused of knocking a team-mate unconscious in January, defended his gold medal in the discus.

“Nonsense,” he said, when asked whether the training incident nearly derailed his career.

“Actually that incident didnâ€™t have any effect on me, so keep training, keep focus and results will come,” said Shamsuddin, who won with a distance of 56.62m.

Thailand, who also won the men’s javelin and women’s pole vault, edged the Philippines in a photo finish to win a thrilling 4x100m men’s relay in 3:06.81.