Home Sports How much is Jack Warner worth? 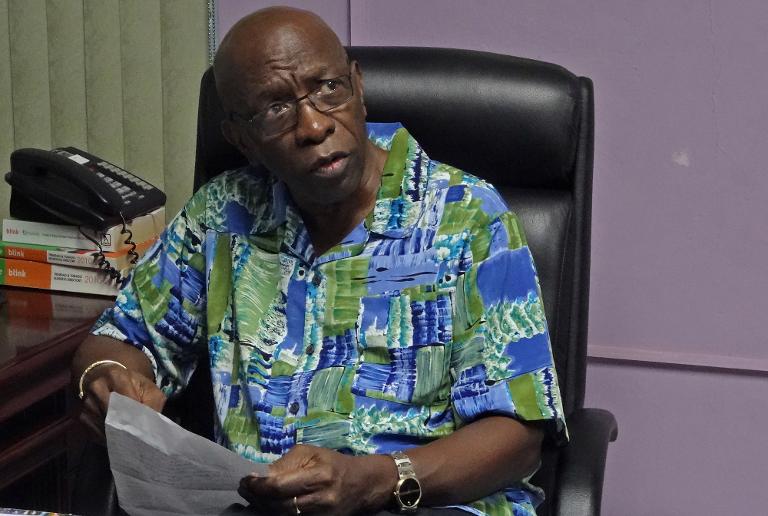 Jack Warner, the football executive, political heavyweight and entrepreneur at the heart of the FIFA corruption scandal, runs a tropical business empire in his native Trinidad and Tobago. But how much is he actually worth?

Warner owns newspapers, real estate and dozens of companies in the Caribbean nation, but like his time in the halls of power of world football, the net value of his assets is shrouded in mystery and intrigue.

“I certainly do not know how much Mr. Warner is worth,” said Trinidadian Attorney General Garvin Nicholas, whose office is cooperating with the US investigation into allegations of massive corruption by Warner and 13 other indicted football officials and marketing executives.

“Unless you can get to every penny, every bank account, every company that Mr. Warner owns,” it would be impossible to determine his net worth, he said.

Investigative journalist Camini Marajh of the Trinidad Express, who has reported on Warner for years, estimated two years ago in a series of stories that his fortune amounted to one billion Trinidadian dollars, or about $160 million.

But that did not include assets registered to Warner’s family and associates.

“He has a lot of real estate holdings, 60 companies, shell corporations. He has different assets funded with other people,” Marajh told AFP.

“He is high up there with some of the wealthiest Trinidad and Tobago citizens.”

Several properties are registered to Warner’s wife and two sons, Daryan and Daryll, both of whom have already pleaded guilty to corruption charges and are cooperating with US investigators.

Daryan agreed to forfeit more than $1.1 million as part of his plea bargain on charges of wire fraud, money laundering and evading financial reporting laws.

Warner, 72, a former cabinet minister and current member of parliament, increased his fortune in tandem with his influence in the world of football, according to analysts and journalists.

The former teacher rose through the ranks of local football organizations to become a FIFA executive committee member in 1983.

He went on to become FIFA vice president and run two regional football federations, the Caribbean Football Union and the Confederation of North, Central America and Caribbean Association Football (CONCACAF), before being forced from all football duties amid allegations he tried to buy votes in FIFA’s 2011 election.

The US indictment alleges South Africa paid him $10 million to sway the vote for the 2010 World Cup.

The most powerful symbol of the “Warner system” in Trinidad and Tobago may be the Centre of Excellence, a $22.5-million football academy funded mainly by FIFA that ended up registered as Warner’s personal property.

A sprawling facility with a stadium, hotel, swimming complex and conference center, it was supposed to train the next generations of Caribbean footballers, but today is mostly rented out for trade shows, concerts and weddings.

Warner, who is currently out of jail on $400,000 bail pending his extradition hearings, has so far escaped unscathed from the various scandals that have threatened to bring him down.

To many of his constituents in the district of Chaguanas West, he remains a beloved benefactor.

“There are too many people who really do not believe that what he’s doing is fundamentally wrong,” said Sunity Maharaj, who edits a review published by the Lloyd Best Institute of the West Indies, a think tank.

“Jack Warner may be a criminal in the rest of world, but here Jack is who they would have been if they had the chance,” she said.