Home Sports Former All Blacks in haka tribute to Collins 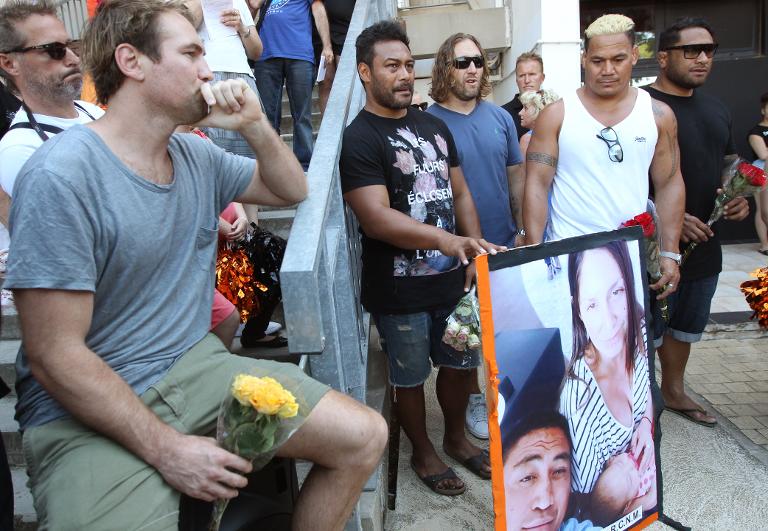 A group of ex-New Zealand internationals performed a “haka” tribute on Thursday at the spot where former team-mate Jerry Collins was killed in a car crash last week.

Ali Williams, Carl Hayman, Neemia Tialata, Chris Masoe and Byron Kelleher ran barefoot and performed the famous All Blacks pre-match ritual on the road near the southern French town of Beziers where the accident took place.

Samoa-born Collins, who played second-tier French rugby with Narbonne last season, and his wife Alana Madill were killed when their car collided with a bus in the early hours of last Friday.

The video of the ex-All Black internationals doing the “haka” — the traditional Maori war dance performed by New Zealand’s rugby union team before each international match — was posted on the Twitter account of Bayonne’s Tialata.

It shows fellow French-based Kiwi players Masoe, Kelleher, Williams and Hayman paying homage to Collins, who won the last of his 48 caps in 2007 in their World Cup quarter-final defeat to France in Cardiff.

The couple’s two-month old baby daughter Ayla remains in a critical condition in hospital in Montpellier following the accident.