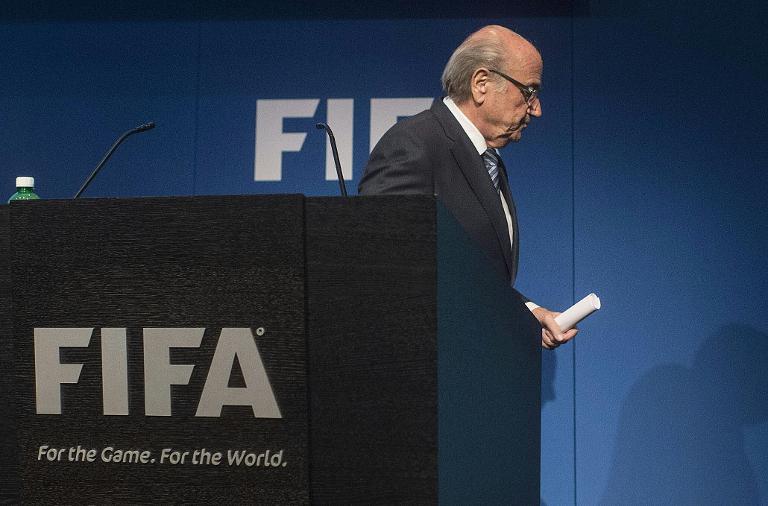 The European Parliament called Thursday on Sepp Blatter to step down immediately as FIFA president and allow for an interim leader to launch reforms in global football’s governing body.

In a show of hands, members of parliament overwhelmingly voted for the resolution during a plenary session in Strasbourg, France.

The resolution is not legally binding, but amounts to political pressure.

Blatter, 79, tendered his resignation on June 2 in the midst of a massive corruption scandal, but it will not take effect until December at the earliest.

In the text approved by parliament, legislators welcomed Blatter’s resignation, which came just four days after he was re-elected as head of FIFA for a fifth term.

But it expressed serious concern “that the credibility of FIFA, as world footballâ€™s governing body, and the urgent reforms required, cannot begin in earnest until a new leadership is appointed.”

Since that might not happen for another nine months under FIFA rules, the draft “therefore calls on FIFA to select, in a transparent and inclusive way, an appropriate interim leader to replace Joseph Blatter forthwith,” it added.

FIFA’s image is in shreds now with around 14 current or former officials and sports marketing executives accused by US prosecutors of taking part in a kickbacks scheme going back 20 years involving a total of $150 million in bribes.

The scandal, which erupted at the end of May, also involves a Swiss probe into the awarding of the 2018 and 2022 World Cups to Russia and Qatar.

FIFA announced Wednesday that the date of the extraordinary congress during which Blatter’s successor will be elected will be announced in July.

The electoral congress must take place between December 2015 and March 2016, according to Domenico Scala, who supervises elections at FIFA.

FIFA “is ill and its illness is due to its current ruling class,” Spanish MEP Santiago Fisas Ayxela, from the conservative EPP group that dominates parliament, said in debate in the assembly.

European Commissioner for Sport Tibor Navracsics said the EU’s role was not to organise and legislate sport but support those who are serious about reform.

“FIFA as an organisation in its current form is no longer fit to run international football,” the Hungarian told parliament.

“Small change will not be enough â€“ but big change may not be enough either. FIFA needs a fresh start, a complete overhaul of the organisationâ€™s culture and institutions,” Navracsics said.

“It needs to take responsibility to become a new transparent organisation that meets the highest ethical and moral standards,” he added.