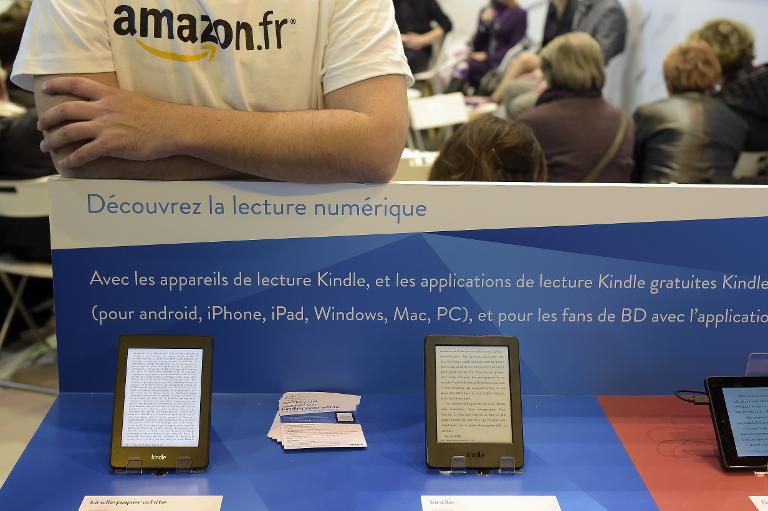 The European Union’s anti-trust watchdog opened a formal investigation on Thursday into Amazon’s e-book distribution, in the latest Brussels inquiry to target the US-based Internet retailer.

The European Commission, the EU executive’s arm, is probing clauses Amazon has with publishers which may shield the company from competitors, including an obligation to be informed of more favourable terms being offered by rivals.

Competition Commissioner Margrethe Vestager said in a statement that the inquiry did not call into question Amazon’s “successful business” offering customers goods such as e-books.

“However, it is my duty to make sure that Amazon’s arrangements with publishers are not harmful to consumers by preventing other e-book distributors from innovating and competing effectively with Amazon,” Vestager said in a statement.

“Our investigation will show if such concerns are justified,” she added.

Brussels is already conducting a separate investigation into Amazon’s tax arrangements over its tax deals in Luxembourg, one of a series of such probes targeting major global firms.

Amazon said its e-book business did not breach EU rules.

“Amazon is confident that our agreements with publishers are legal and in the best interests of readers. We look forward to demonstrating this to the Commission as we cooperate fully during this process,” it said in a statement to AFP.

A European Commission spokesman said the new probe was “not related to the previous investigation of Amazon”.

“These (inquiries) relate to the business model, including of course for e-books. We are investigating certain clauses Amazon concludes with certain publishers,” spokesman Ricardo Cardoso told reporters.

Former Danish minister Vestager has taken a hardline approach to the job that she started in November, opening a series of anti-trust initiatives in recent weeks.

US-based tech firms have been a particular target for Vestager amid concerns that companies across the Atlantic are distorting the 28-nation bloc’s cherished single market.

The investigations, which include a landmark case against Google, have however raised deep suspicions in Washington over EU trade regulation.

Brussels is also currently carrying out high-profile probes into tax agreements involving tech giant Apple in Ireland, coffee chain Starbucks in the Netherlands, and Italian automaker Fiat in Luxembourg, in addition to the Amazon tax probe.

And in May she opened an inquiry into the entire e-commerce sector in Europe.