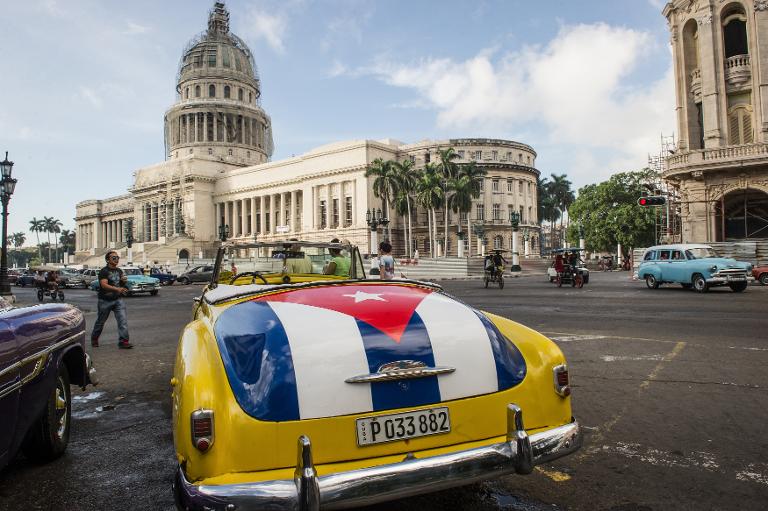 EU leaders vowed to complete normalisation talks with Cuba and offered funds for Colombia once peace is achieved as they held a summit with their Latin American counterparts in Brussels on Wednesday.

The leaders of the 28-member EU also moved to deepen investment and communications links with 33 countries in Latin America and the Caribbean.

European Council President Donald Tusk threw his support behind the EU’s negotiations with Cuba after a Cuban official said last week that the two sides would hold a new round of talks on Monday and Tuesday in Brussels.

“We support the process of modernisation in Cuba and we are committed to concluding negotiations of our political dialogue and cooperation agreement,” the former prime minister of Poland said.

“We welcome full normalisation of Cuba relations with the United States and the end of the embargo,” he added.

Cuba and the EU are in discussions to normalise their ties as the United States is similarly trying to restore relations and put an end to decades of enmity with the communist nation.

The EU and Cuba are aiming to sign a political framework for dialogue and cooperation as part of the talks by the end of 2015.

The discussions with the EU include human rights and political reform, areas where the communist country has drawn criticism.

In 2003, the EU froze relations with Cuba over a crackdown on activists and journalists. It started talks to resume them in April last year.

On Colombia, Tusk said the EU would “stand by the efforts of President (Juan Manuel) Santos to achieve a lasting peace in Colombia.

“I’m pleased to announce that the EU will set up a trust fund to support post-conflict actions in the country,” said Tusk.

Santos has been pushing for a trust fund despite triggering international alarm over his decision in April to resume air strikes on Marxist rebels, a move that prompted the latter to scrap a unilateral ceasefire they had declared in December.

The Marxist rebels with the Revolutionary Armed Forces of Colombia (FARC) and the government are in peace talks dating back to November 2012, to end a decades old civil war.

The conflict has killed some 200,000 people and uprooted more than six million since FARC launched its Marxist-inspired insurgency in 1964.

At the signing ceremony, Santos said the deal would help promote investment by making it easier for Colombian businessmen and journalists to travel to Europe.

Joining him, Peruvian President Ollanta Humala said it will “give people the opportunity to get know the old continent .. and visit their families.”

Speaking at the opening, Ecuadoran President Rafael Correa called for the United States to lift sanctions against Venezuelan officials as well as “return the occupied territory” at Guantanamo Bay to Cuba.

The EU announced it will contribute 26.5 million euros ($30 million) to help build a fiber optics cable between the two continents and set aside 118 million euros to boost investment and business in Latin America and the Caribbean.

Leaders from the two continents were also to discuss efforts to produce a successful summit of 195 countries in Paris in December aimed at curbing climate change.

“Climate change is a common threat. We need to achieve an ambitious agreement for (the summit) in Paris,” Tusk said.