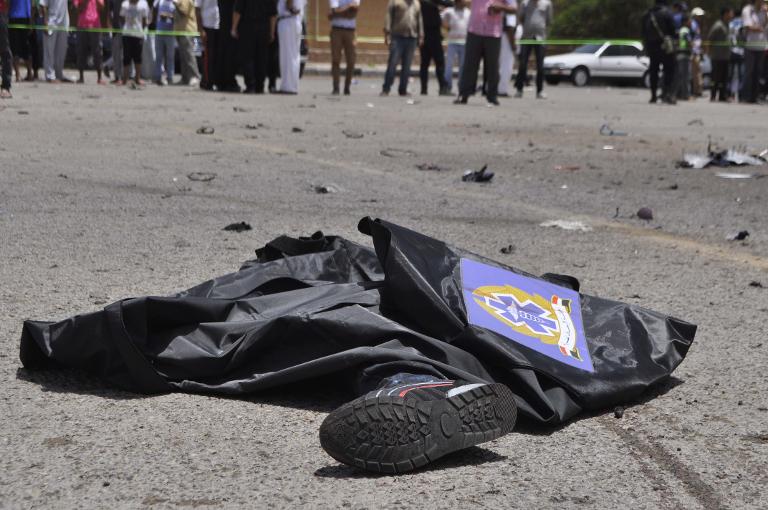 Police said they averted a “massacre” after foiling a suicide bombing and gun attack on one of Egypt’s most popular ancient attractions, in a rare assault on the country’s vital tourism sector.

Egypt has been shaken by several attacks claimed by jihadists since the army toppled the democratically-elected government two years ago, but the incident in the southern city of Luxor was a rare assault targeting holidaymakers in a country which depends on tourism for more than a tenth of GDP.

Police said two attackers died and another was seriously wounded near the Karnak temple in Luxor, a popular site close to the famed Valley of the Kings.

No tourists were hurt in the mid-morning incident and visitors were kept inside Karnak’s ruins, an antiquities ministry official said.

The incident unfolded after a taxi carrying two passengers attempted to enter the parking lot and was stopped by a policeman, Tourism Minister Khaled Ramy said in a statement.

Police asked to search the trunk, where they found two large bags that made them suspicious, a Luxor police general told AFP.

When asked to open the bags, one of the men jumped out of the car, ran away and detonated his explosives-rigged vest.

In the ensuing confusion, the other passenger emerged from the car and, joined by an accomplice who had come in on foot, pulled assault rifles from the bags and started shooting.

The police responded, killing one and seriously wounding the other.

Health ministry official Nahed Mohamed told AFP two civilians and two policemen were wounded in the shootout, but not seriously.

Police said the taxi driver was not a suspect.

“If they had managed to enter the temple, it would have been a massacre,” said the police general, as 19 fully-loaded rifle magazines were found in the bags and there were 604 tourists were in the temple at the time of the incident.

“We have enhanced security measures in place at all our sites and we continue to take every possible measure to ensure that no harm comes to anyone visiting Egypt,” Ramy said.

No group had yet claimed responsibility for the attack.

Mathieu Guidere, professor of Arab geopolitics at France’s University of Toulouse, said the incident indicated a change in strategy in jihadists choosing targets.

The aim is “to weaken the Egyptian economy by destroying the tourism industry” and to have “the maximum media impact” as attacks on local targets were not drawing international attention, he said.

Zack Gold of the American Security Project think-tank added that “such events are likely to worry the international community at a time that tourists are starting to return to places like Cairo and Luxor”.

Karnak in central Luxor was built on the ruins of Thebes, the capital of ancient Egypt.

The huge temple dedicated to the god Amon lies in the heart of a vast complex of religious buildings in the city, 700 kilometres (435 miles) south of Cairo.

Tourism in Egypt has faltered since early 2011, when a popular uprising toppled longtime strongman Hosni Mubarak after three decades in power.

But the sector was showing signs of recovery.

Tourism income in 2014 rose 20 percent from a year earlier as 10 million tourists visited Egypt, bringing with them $7.5 billion (6.6 billion euros) in revenues.

World Bank President Jim Yong Kim, who happened to be in Luxor on business Wednesday, strongly criticised the attack.

“We abhor violence of all types, which runs completely counter to our work to end extreme poverty in the world,” he said in a statement, adding that “we must confront extremism by relentlessly creating hope”.

Jihadists have carried out bombings regularly since the army ousted Islamist president Mohamed Morsi, mainly in the Sinai peninsula, where a local affiliate of the Islamic State group has claimed a spate of attacks on security forces.

A government crackdown has left hundreds of Morsi supporters dead, thousands imprisoned and dozens sentenced to death after speedy trials, described by the UN as “unprecedented in recent history”.

The jihadists claim their attacks are in retribution for the crushing of dissent under the administration of President Abdel Fattah al-Sisi.

Although tourists have been largely spared, a suicide bombing last year on a tour bus in the Sinai killed three South Koreans and their Egyptian driver.

Last week, gunmen killed two policemen who worked as guards at the world-famous Giza pyramids in Cairo, in a dawn attack in a deserted area a number of kilometres from the centre of the site.

Luxor itself has had to deal with numerous blows, including a deadly hot-air balloon crash in 2013 that killed 19 tourists.

The town took several years to recover from a 1997 massacre when Islamist gunmen opened fire on tourists, killing 58 foreigners and their four Egyptian guards.