Home Cityscape 'Dump' is the new motto of Jet airways 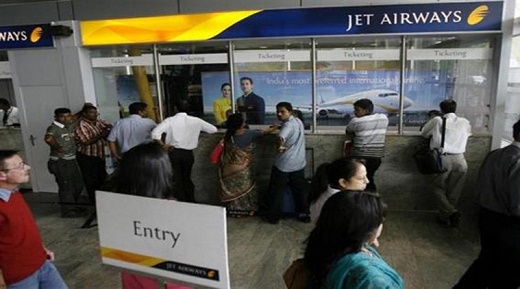 New Delhi: A Jet Airways flight from New Delhi to BrusselsÂ was delayed for two hours on Thursday morning due to a ‘technical snag’.

Harbir Singh, one of the passengers boarded the Jet Airways flight no: 9W 230 connecting to Newark with his wife and sat there waiting during the wee hours. The flight wasÂ scheduled to depart at 2.40 am.Â He said they were not provided with any food or water.Â

According to him, the passengers were not informed about the status of the flight and were made to wait by the airline officials. “The airline didnt even provide hotel rooms to alleviate the situation. Around 9am, after both young and old passengers got angsty did the airline arrange hotel rooms,” he added.Â

In the meantime, the airline officials got a replacement part for the plane and forced the flight to Brussels (to offload the Toronto leg of the passengers), however the pilot apparently was not comfortable with the plane safety and turned the flight around in a couple of hours to Delhi.

Later in the afternoon and barely after a couple of hours of rest, the airline has now on warded the Newark leg of passengers to Mumbai and will be flying them out of there on June 12.Â

This is not the first time that Jet Airways has caused trouble to its passengers.Â

Earlier, aÂ Jet AirwaysÂ customer had dragged the airline to aviation regulator DGCA as he sought a probe into the delay of one of its flights after accusing the airline of misleading the passengers regarding the cause behind the same.

Alleging that the airline delayed a Mumbai to Jaipur flight last week due to “non-availability” of a pilot and not for “ATC clearance” as repeatedly announced by the commander, a Mumbai-based corporate lawyer had urged DGCA “to initiate inquiry into the matter and put remedial steps in place so as to prevent recurrence of such suffering to air passengers”.