Home World D'oh! Homer and Marge to split on 'The Simpsons'? 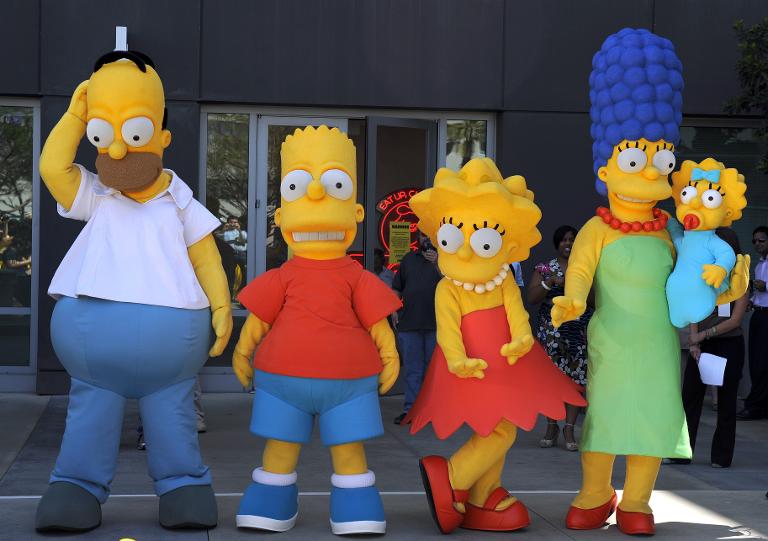 D’oh! Will Homer and Marge split after more than 25 years together on “The Simpsons”? Or are their creators just teasing us?

The hit cartoon comedy’s writers appeared Wednesday to damp down divorce speculation, despite the executive producer announcing the couple’s separation in an interview.

In a link on the show’s Twitter feed, Al Jean said it will emerge at the start of the show’s 27th season in September that their relationship has been strained for some time.

“In the premiere, it’s discovered after all the years Homer has narcolepsy (a sleep disorder) and it’s an incredible strain on the marriage,” he told industry journal Variety.

“Homer and Marge legally separate, and Homer falls in love with his pharmacist, who’s voiced by (“Girls” creator and star) Lena Dunham,” he added in the comments, published earlier this week but not widely picked up on.

But the tweet did urge readers to “read more about what @AlJean is teasing for #TheSimpsons.”

And maybe “teasing” was the operative word because five hours later they tweeted a picture of Bart Simpson in a school classroom, writing, “Homer and Marge are not breaking up” repeatedly on a blackboard.

“RT and stop the rumors!” read the new tweet.

The Homer-and-Marge-split tease was not the only dramatic “Simpsons” news announcement of recent days.

At the weekend Entertainment Weekly reported that Homer and Marge’s adventure-prone son Bart will be killed during the next season, which premieres on September 27.

But fear not: the execution will take place in the annual Halloween episode — which by Simpsons tradition doesn’t fit into the usual format of the show, meaning Bart can subsequently be revived.

“The Simpsons” — which first aired in December 1989 — averages 7.7 million viewers on television and online in the United States. Millions more enjoy the show in foreign markets, according to US parent network Fox.

Last month, Fox announced that it had renewed the series for two more seasons, reinforcing the cartoon sitcom’s status as the longest-running scripted series in American primetime television history.

In his Variety interview, the executive producer said one advantage of the show being renewed is that its main star can vote in next year’s US presidential elections.

“We’re definitely going to have Homer vote in 2016. One aspect of the pickup (by Fox) that made me happy is that Homer can vote again,” he said.