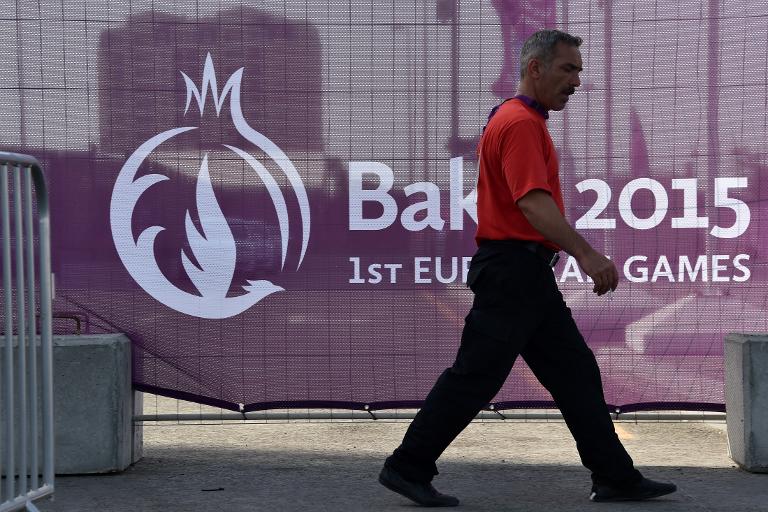 Organisers will hope exploits by the likes of Olympic heroines Katie Taylor and Jade Jones will replace headlines over concerns for Azerbaijan’s human rights record when the inaugural European Games get underway in Baku on Friday.

The days leading up to the opening ceremony have done little to placate the critics of the host nation’s record with Amnesty International being barred from entering the country and the Organisation for Security and Cooperation in Europe (OSCE) ordered to close its Baku office.

The organisers, which include an experienced group from a variety of countries including top former English sports administrator and now the Games Chief Operating Officer Simon Clegg, have been at pains to say they have raised the issue with the Azeri authorities.

“We do what we can behind the scenes,” Pat Hickey, president of the European Olympic Committees (EOC) and the driving force behind bringing the Games to reality, told AFP last month.

“But at the end of the day we are a sporting body and we haven’t the right to interfere with a sovereign state’s affairs.

“We have met with a Human Rights Watch (HRW) delegation that visited us in Dublin and we went in front of the European Parliament in Brussels (last month).

“We listen very carefully,” added Hickey, who was the unlikely target of a New York Times editorial criticising him over the choice of Baku.

On the other hand Hickey, who is the most powerful Irish sports administrator since Michael Killanin was president of the International Olympic Committee (IOC), says the presence of the Armenians — bitter historical enemies of the Azeris — highlights the positive aspect of sports.

“Lots of people like to focus on the negatives, but for me there is a huge positive,” Hickey told AFP.

“We have done a remarkable thing in getting Armenia to agree to compete and Azerbaijan to welcoming them to the Games.

“I flew to Yerevan last year and was very ably assisted by (IOC president) Thomas Bach in persuading them to come.

“It is living proof that sport is ahead of the politicians in areas such as that.

“For Armenia to be at the Games is a great win-win for sport.”

The Armenian team of just over 20 is a highly competitive one with strong medal hopes in wrestling, sambo — a mix of judo, jujitsu and wrestling — and boxing and their reception from the home crowd could well be one of the more interesting aspects of the Games.

The sporting competition although bereft of the top track and field athletes and swimmers from the continent — they hope to have them on board for 2019 although those Games don’t have a host as yet with the Dutch deciding not to pursue their interest — there will still be plenty of top level competition.

Over 6,000 athletes will compete in 20 sports with 12 of them offering either direct qualification into the Olympics or take the winners of their events a step closer to a ticket for Rio next year.

Both Taylor and Jones have already stood on the top step of the podium at an Olympics in London in 2012 — in boxing and taekwondo respectively — but Baku can give them an ideal competitive warm-up for Rio.

Taylor, who is also world and European lightweight champion, for one can’t wait for the competition to get underway.

“They (Azerbaijan) have such a strong boxing nation, and it’s always great boxing in venues where they’re so knowledgeable about the sport as well,” the 28-year-old told Irish national broadcaster RTE earlier this year.

“The atmosphere is going to be electric in the stadium. I think the stadium is the Crystal Hall where the Eurovision was; I hope we do better than the song (Jedward’s Waterline scored 46 points and finished 19th at the 2012 Eurovision).”