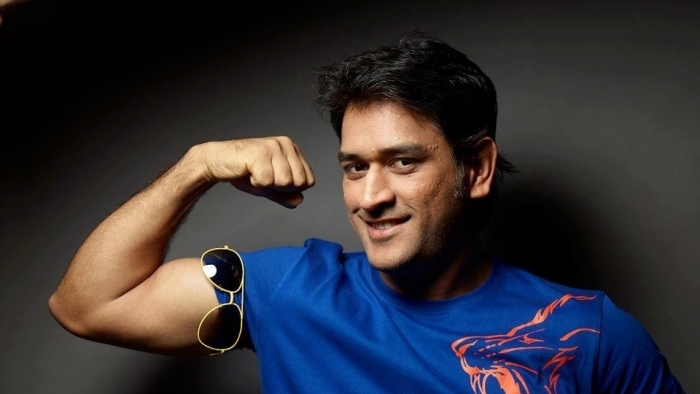 Mahendra Singh DhoniÂ is undoubtedly the most successful captain of the Indian cricket team, having won all the three major titles of the cricketing world.

One of the greatest finishers in limited-overs cricket, Dhoni is a wicket-keeper batsman of the Indian cricket team. He was conferred the honorary rank ofÂ Lieutenant ColonelÂ by the Indian Army on November 1 2011 and is only the second Indian cricketer afterÂ Kapil DevÂ to have received this honour.

TheÂ TIMEÂ magazineÂ added Dhoni in its “Time 100” list of 100 most influential people of 2011.Â SportspersonÂ has rated Dhoni as the sixteenth most marketable athlete in the world.

In June 2015,Â ForbesÂ ranked Dhoni 23rd in theÂ list of highest paid athletes in the world, estimating his earnings at $31 million.Â

Dhoni was born on July 7 1981 inÂ Ranchi, Jharkhand.Â His paternal village Lvali is in the Lamgarha block of theÂ Almora DistrictÂ ofÂ Uttarakhand.

Dhoni studied atÂ DAV Jawahar Vidya Mandir, Ranchi, Jharkhand, where he initially excelled in badminton andÂ footballÂ and was selected at district and club level in these sports.

Dhoni was aÂ goalkeeperÂ for his football team and was sent to play cricket for a local cricket club by his football coach. Though he had not played cricket, Dhoni impressed with his wicket-keeping skills and became the regular wicketkeeper at the Commando cricket club (1995â€“1998).

Dhoni was a Train Ticket Examiner (TTE) atÂ Kharagpur railway stationÂ from 2001 to 2003, under South Eastern Railway in Midnapore (W), a district inÂ West Bengal. His colleagues remember him as a very honest, straightforward employee of the Indian Railways.

Dhoni made his international debut in December 2004 in a One-day International (ODI) against Bangladesh. HeÂ didnâ€™t have a great start to his ODI career, gettingÂ run outÂ for a duck on debut. Dhoni, in his fifth one-day international, scored 148 inÂ VishakhapatnamÂ off only 123 deliveries against Pakistan. Dhoni’s 148 surpassed the earlier record for the highest score by an Indian wicket-keeper.

In 2005, Dhoniâ€™s 183 of 145 balls against Sri Lanka made him an exceptional player in the Indian squad. The innings set variousÂ records including the highest individual score in ODI cricket in the second innings.

Following his good one-day performance against Sri Lanka, Dhoni replacedÂ Dinesh KarthikÂ in December 2005 as the Indian Test wicket-keeper and made his test-debut. In first class cricket, Dhoni had a successful career with new records.

Dhoni was named the captain of Indian squad for the inauguralÂ ICC World Twenty20Â held in South Africa in September 2007.Â India was crowned champions as Dhoni led the team to victory against PakistanÂ in a thrilling contest. He, then, went on to become the ODI captain of the Indian team for the seven-match ODI series againstÂ AustraliaÂ in September 2007.

He made his debut as full-time Test captain of India during the fourth and final Test against Australia at Nagpur in November 2008 replacingÂ Anil KumbleÂ who was injured in the third test and who then announced his retirement. It was under his captaincy that India climbed to No. 1 in the ICC Test Rankings in December 2009.Â

Under the captaincy of M S Dhoni, Indian Cricket team was managed to achieve all the ICC-titles. In March 2013, Dhoni became the most successful Indian Test captain when he eclipsedÂ Sourav Gangulyâ€™s record of 21 victories from 49 Tests.

Dhoni married Sakshi Singh Rawat, a native ofÂ Dehradun, Uttarakhand, on July 4 2010. At the time of their marriage, she was studying Hotel Management and was working as a trainee at the Taj Bengal, Kolkata.Â The wedding stumped the media and the fans as it took place only a day after the couple got engaged.

Apart from being the successful captain of Indian cricket team, he has interest in football and bikes.

-Honored by a doctorate degree by De Montfort UniversityÂ