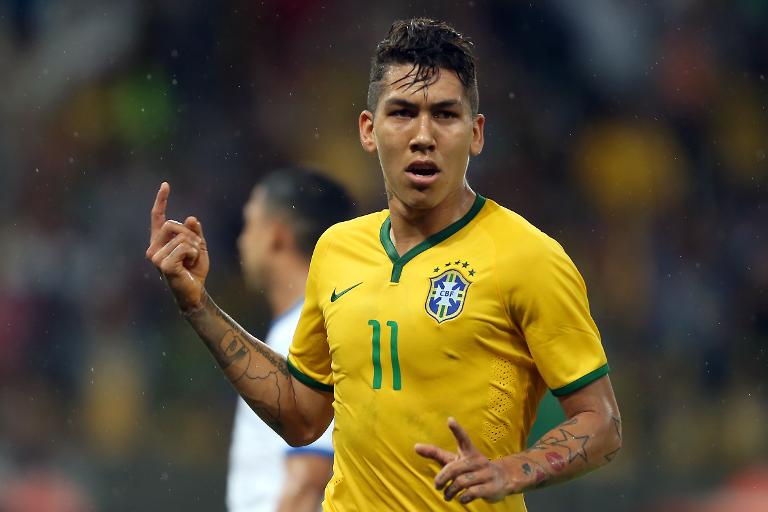 Brazil made it 10 straight wins before heading to Chile for the Copa America, which begins on Thursday and could become a showdown between Barcelona superstars Lionel Messi and Neymar.

Neymar came on as a second-half substitute in Brazil’s 1-0 home friendly win over Honduras on Wednesday night in their final game before the Copa, which starts when hosts Chile face Ecuador in Santiago at 2330 GMT.

Roberto Firmino scored the only goal in a lacklustre friendly that did little to impress home fans who are still struggling to get over Brazil’s 7-1 defeat to Germany in the World Cup semi-finals on home soil last year.

“When it comes down to it, it was the last warm-up for the Copa so really it is understandable the players took their foot off the accelerator a little bit,” said Dunga, who won the World Cup in 1994 as a player and coached Brazil to Copa success in 2007.

Neymar and Messi, who captains Argentina, are just two of the Europe-based stars on show in Chile, including Colombia’s James Rodriguez, Chile’s Alexis Sanchez and Uruguayan striker Edinson Cavani.

Messi and Neymar arrive at the tournament less than a week after inspiring Barcelona to the Champions League, the final act of a glittering treble-winning season.

Both players are carrying a mountain of expectation on their shoulders, with Messi determined to finally taste glory at a major international tournament and Neymar aiming to erase the memory of Brazil’s World Cup debacle.

“I feel I’m in better shape arriving at this tournament than I was at the World Cup last year,” Messi told reporters at Argentina’s training camp.

Messi and Argentina fell agonisingly short at the World Cup, suffering a 1-0 extra-time defeat to Germany in the final to extend a title drought which stretches back to the 1993 Copa America.

Messi admitted that Argentina’s richly talented squad — which includes the likes of Carlos Tevez, Sergio Aguero and Angel di Maria — were determined to end the Albiceleste’s long wait for a trophy.

“This generation is desperate to win a title with the national team,” Messi said.

Manchester City star Aguero was even more candid, saying: “If this generation of players don’t win anything we’re going to regret it for the rest of our lives.”

Argentina open their campaign against Paraguay on Saturday, and should progress from a Group B which also includes Uruguay and Jamaica, one of two teams from the CONCACAF region invited to bolster the tournament.

Argentina’s title drought pales into comparison with the fate of long-suffering Chile, still waiting for their first Copa America title after 99 years.

Coach Jorge Sampaoli can call on a spine of excellent players in Barcelona goalkeeper Claudio Bravo, Italy-based midfielders Arturo Vidal and Gary Medel, and Arsenal star Sanchez as the hosts try to break their duck.

“This is the time to accomplish great things,” Sanchez said.

Brazil and Neymar meanwhile begin their campaign against Peru in Group C on Sunday.

Brazil’s biggest challenge of the first round comes three days later when they face Colombia on June 17, a rematch of the two sides’ bruising World Cup quarter-final last year.

That stormy encounter was notable for a series of rugged Brazilian challenges on Colombia star James, although Brazil’s 2-1 win came at a price, with Neymar suffering a broken vertebra that ended his World Cup.

Brazil’s World Cup dream was ultimately demolished by Germany in the next round, when the hosts were humiliated 7-1 in the semi-finals, before losing 3-0 to the Netherlands in an abject third place play-off display.

Fast forward a year however and Brazil under the guidance of 1994 World Cup-winning captain Dunga are back on track, reeling off 10 straight wins since the finals.

One of Dunga’s first acts last year was to hand the captain’s armband to the Barcelona forward, and the 23-year-old has thrived on the added responsibility.

“It is not a surprise, but the statistics are there to show that when Neymar puts on the captain’s armband, he takes a step forward,” Dunga said.