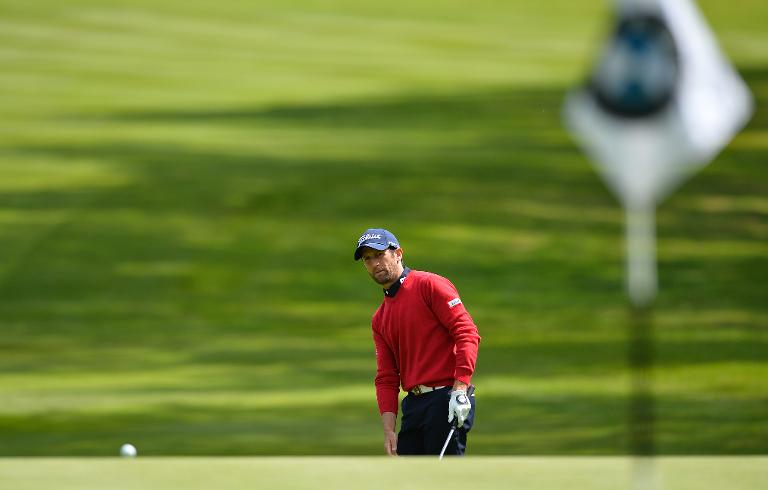 France’s Gregory Bourdy, looking for a first European Tour title in two years, carded a seven under par to grab a two-shot lead after the first round of the Austria Open on Thursday.

The 33-year-old’s last title came in Wales in 2013 but he looked in convincing form at the Diamond Country Club with seven birdies for a 65 in perfect playing positions.

German Max Kieffer, Spain’s Carlos Del Moral and English pair Robert Dinwiddie and Chris Wood are all two shots back on five under.

“It was a lovely day today,” said Bourdy, who has had three top-ten finishes this season and missed only two cuts.

“I played very solid and started well with two birdies in the first two holes and that always helps when you make such a confident start and something you need when you are going to have a day like I had today.”

Kieffer, 24, has avoided the cut in all 14 starts this term and on Thursday, he had five birdies and just a single bogey.

“I love playing in Austria and especially here at this golf course because it reminds me of a lot of the courses in Germany and where I grew up,” said Kieffer.

“The course is in great shape too and that helps a lot.”

Wood, who won a top of the range BMW for a hole-in-one en route to a fourth-place finish at the recent BMW PGA Championship, had six birdies and a single bogey in his round.

“The conditions were perfect this morning but I have to say that after the conditions we have been playing in for the last three weeks it is great to come somewhere hot and where you can shoot a few under if you play well,” said the Englishman.

Ireland’s Peter Lawrie was the only other player with a bogey-free round as a four under par 68 gave him a share of sixth.