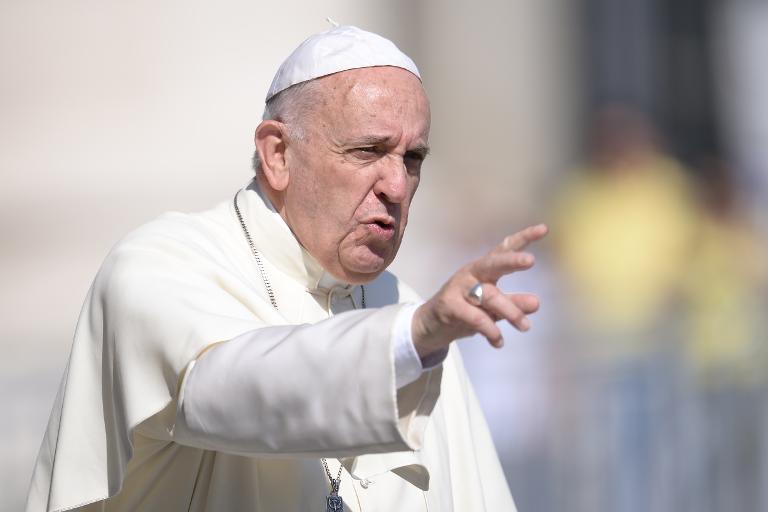 Pope Francis has approved the creation of an internal Church tribunal empowered to punish bishops who cover up sex abuse by priests, the Vatican said Wednesday.

Under the reform, bishops suspected of protecting paedophile clerics or of failing to respond promptly to allegations of abuse face being charged with “abuse of episcopal office” under canon law, the Church’s internal set of rules.

The move follows a recommendation from the Vatican’s child protection commission, a body which includes victims of paedophile priests among its lay members and was set up last year with a brief to root out sex abuse in the Catholic Church.

The panel’s recommendation was also recently endorsed by the C9 group of cardinals who advise Francis.

The head of the Catholic Church in Ireland, which has been rocked by waves of sexual abuse scandals, told reporters the new tribunal should tackle cases from the past.

“I think that justice is indeed retrospective,” said Archbishop of Armagh Eamon Martin, whose predecessor Cardinal Sean Brady resigned last year after claims he failed to act on abuse.

“When it comes to something like child safeguarding just because something happened a long time ago doesn’t mean you’re not accountable for it now.”

The reform was greeted with scepticism by the Survivors Network of those Abused by Priests, which warned that the Church’s record meant it could not be relied upon to hold bishops to account.

“As long as clerics are in charge of dealing with other clerics who commit and conceal child sex crimes, little will change,” said the campaign group president, Barbara Blaine.

To implement the new system, the pope has ordered the creation of a new legal unit within the Congregation for the Doctrine of the Faith, a section of the Vatican’s bureaucracy which was founded to defend the Church from heresy.

The unit will be headed by a senior official appointed personally by the pope and will be responsible for judging the bishops.

The new unit will also be empowered to assist in criminal cases against priests charged with abuse of minors or vulnerable adults, the Vatican said, although exactly how this would happen was not made clear.

No bishop has ever been dismissed from office for covering up for paedophiles within the clergy.

But many observers believe behind-the-scenes pressure from the Vatican was behind the April resignation of US bishop Robert Finn.

Finn was convicted in 2012 by an American court of waiting six months before informing police that a priest in his diocese had been found to have child pornography on his computer.

Recent months have seen the credibility of the Church’s efforts to address the scourge of paedophilia called into question by fresh cover-up allegations involving a cardinal and a bishop.

Australian cardinal George Pell, the Vatican’s finance chief, has been accused by Peter Saunders, a British member of the child protection panel, of being an “almost sociopathic” man who covered up abuse and tried to buy the silence of at least one victim.

Pell has threatened legal action and has been supported by the Vatican but the Briton, a survivor of abuse by a priest, has refused to apologise.

Four members of the panel have also criticised Francis’s decision to appoint Chilean bishop Juan de la Crux Barros, who is accused of covering up for a former mentor who was found guilty of sex abuse by a Church court in 2011.

The new system announced on Wednesday will be applied for a five-year period with a decision on whether to extend it to be made following an evaluation of how it is working.