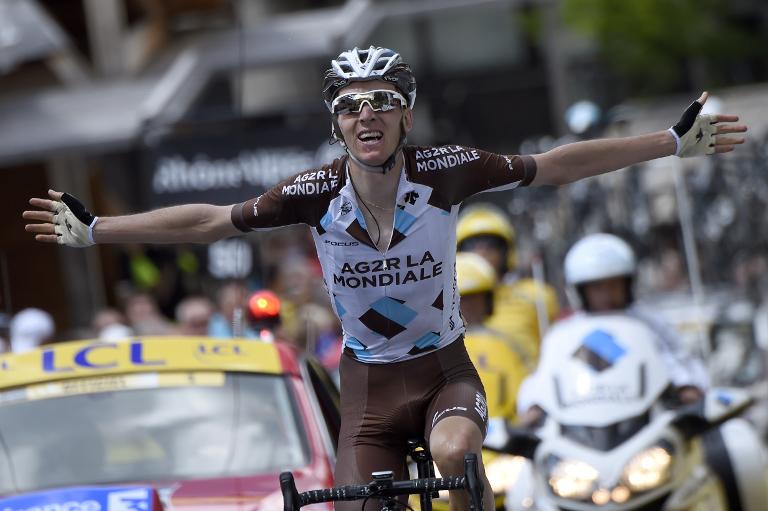 Frenchman Romain Bardet powered to victory in the fifth stage of the Criterium du Dauphine on Thursday while American Tejay Van Garderen is the new overall leader.

The AG2R La Mondiale rider burst clear towards the stretch and was all alone over the final 22km as he took victory by 36 seconds.

It was a good day for BMC’s Van Garderen who came home in second to take the leader’s yellow jersey, with 2013 Tour de France champion Chris Froome of Britain finishing third on the day.

The route was a mountainous 161km trek from Digne-les-Bains to Pra Loup in the French Alps, and Bardet’s performance will stand him in good stead ahead of next month, with the stage set to be replicated in the Tour de France.

The 24-year-old attacked near the top of the Col d’Allos – which peaked at 2250m – and stretched his advantage on the descent.

He held a 1min 25sec lead at the foot of the final climb – 6km from the finish before fading slightly as the other leaders closed the gap.

Bardet, who finished sixth in the general classification at last year’s Tour de France, had enough stamina to hang on for his first victory of the season ahead of Van Garderen, who overtook Froome in the final 2km.

Friday’s stage six is another mountainous 183km route from Saint-Bonnet-en-Champsaur to Villard-de-Lans.