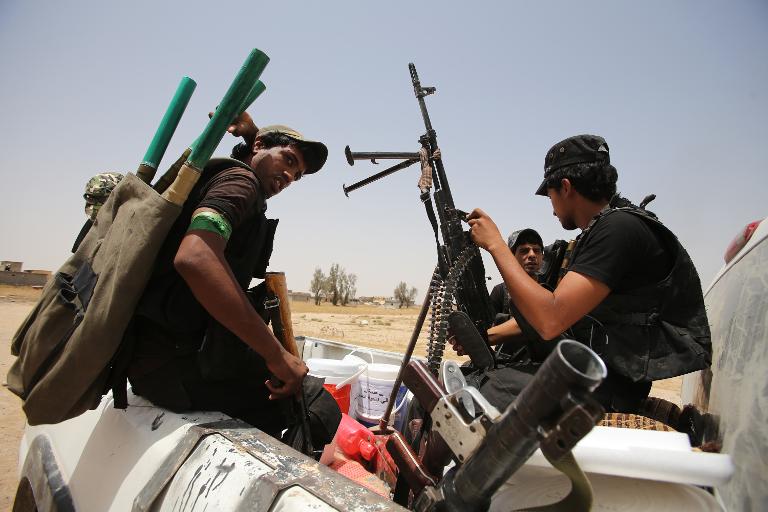 The Islamic State group has “global ambitions” and more must be done to tackle its use of social media for recruitment, representatives of governments and technology giants heard in Australia Thursday.

Australian Prime Minister Tony Abbott told the regional extremism conference it was vital to find ways to stymie the ideology of extremists who are drawing thousands of foreign fighters to Iraq and Syria.

“You can’t negotiate with an entity like this, you can only fight it,” he said of Islamic State, to an audience including high-level officials from 30 nations, as well as Facebook, Twitter and Google.

“This is not terrorism for a local grievance, this is terrorism with global ambitions,” Abbott said.

“The only really effective defence against terrorism is persuading people that it’s pointless.

“We need idealistic young people to appreciate that joining this death cult (IS) is an utterly misguided and wrong-headed way to express their desire to sacrifice. How this is best done is, of course, the work of this conference.”

The two-day meeting comes as US President Barack Obama approved the deployment of 450 more military trainers to Iraq, joining an already 3,100-strong mission in the nation, in a cautious bid to reverse gains by IS.

The new contingent will focus on efforts to wrest back control of provincial capital Ramadi after IS, which already controls large swathes of Iraq and Syria, seized the predominantly Sunni city near Baghdad in May.

The Sydney gathering follows a similar meeting in Washington in February where Obama said nations had to tackle the root causes driving recruitment to such groups.

But the three days of talks did not lead to any concrete plans of measures to be taken.

Topics being discussed in Australia include working with social media, industry and civil society groups, combatting terrorist propaganda and the involvement of women and families in any measures.

“Terrorists have exploited social media to develop a brand and to flood their target audience with propaganda that casts local conflicts to global audiences, drawing in foreign fighters from every corner of the globe,” Australian Attorney-General George Brandis said in opening remarks.

“So over the next two days we will seek to deepen our shared understanding of the drivers that are pushing and pulling our citizens towards extremist ideologies.”

“You are quite right when you say that online recruitment is one of the most rapidly emerging and most dangerous aspects of terrorist recruitment. No doubt at all it is aimed at the young,” he said.

“This has been to a large extent an ungoverned space in the past. Increasingly less so, by the way.

“I want to stress that Google, Facebook, and Twitter have been very cooperative with governments trying to protect their populations from the use of online and social media as a recruitment tool.”

Australian Foreign Minister Julie Bishop said families and friends of those who become radicalised had to be empowered to help counter the extremists’ propaganda tactics.

“Daesh (IS) adopts many of the same tactics as online sexual predators, grooming their young targets to not reveal their discussions or their changing beliefs to parents or friends,” she said.

“Someone from the same background, faith or socioeconomic situation listening to them is best placed to understand their motivations and to explain where they’re being misled or manipulated.”

Australia, which raised its threat level to high last September and carried out a series of counter-terrorism raids, has introduced a set of national security measures including criminalising travel to terror hotspots.

It has also boosted funding to police and security agencies and plans to table laws that will strip dual nationals linked to terrorism of their citizenship.

More than 100 Australians are believed to have joined jihadists in the Middle East and at least 30 have been killed. Many others have been recruited from across the Asia-Pacific.