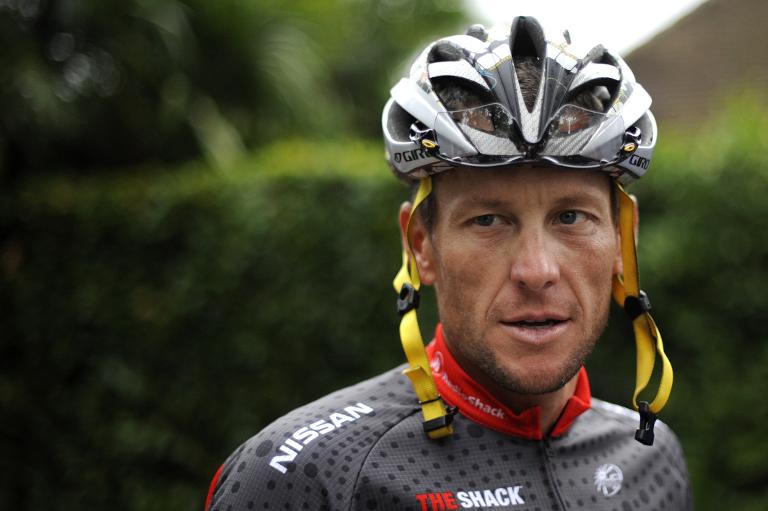 Lance Armstrong expects a welcoming reception when he returns to France for a charity bike ride next month, despite the hostility he has faced in the country in previous years.

Armstrong has signed up for former England footballer and fellow cancer survivor Geoff Thomas’s ‘One Day Ahead’ event, in which fundraisers will cover each stage of the 2015 Tour de France a day before the real race.

Armstrong, stripped of his seven Tour titles for a litany of doping offences, has been criticised by UCI president Brian Cookson and Team Sky general manager Dave Brailsford, among others, for getting involved.

But the controversial American expects no backlash from cycling fans in France and cites the doping cases at Kazakh team Astana as proof that the sport has bigger problems on its plate.

“I could be wrong — I’ve been wrong plenty in my life — but I’ve been to France since all this happened and if you walk into a cafe or a restaurant or walk down the street, that’s not the reaction I get,” Armstrong, who plans to take part in only “two or three” stages of the charity event, told a small group of reporters including AFP.

“People think I have this bitter relationship with the country, with its people. I like going there. I love France. The people are what they are. It’s like any place. Some people are cool, some people aren’t cool.

“I don’t know Brian Cookson. I’ve never met him, never really had a conversation with him, don’t know what his vision is for the sport. I don’t know if he is even able to form a vision. I don’t know anything about the man.

“But I do know that me and Geoff riding in France for this cause is the least of his problems.”

He added: “I absolutely don’t think cycling is in a better place. You guys (the media) can decide if he’s done a good job, if he’s been tough on Astana, whether he’s stuck with his mission statement.

“Plenty of people would argue he’s laid down on a lot of things. If he is making public comments, he needs to be talking about other things because this sport is not in a good place for a variety of reasons.

“A lot of it has to do — perhaps some would say — with me. But he doesn’t need to worry about this.”

Armstrong, 43 was speaking to journalists at his home in Aspen, Colorado, after inviting Thomas and a group of his charity riders to join him for a training weekend.

He says that the cycling community has nothing to fear from his involvement in Thomas’s project and that he has no desire to become involved with the professional sport again.

But he feels that the Cycling Independent Reform Commission (CIRC) report into doping published earlier this year, to which he contributed, was a missed opportunity to draw a line in the sand.

“The thing comes out and it gets panned,” he said. “It’s almost dismissed. I know you don’t think about the CIRC report unless someone brings it up, but we haven’t had that adult conversation, I don’t think.”

Armstrong continues to feel aggrieved that Cookson and the UCI wrote him out of the record books, when other riders still have their names on the lists of winners despite positive drug tests.

“Who’s that character in Harry Potter they can’t talk about? Voldemort? It’s like that on every level,” Armstrong said.

“When you look at the history books, everybody at this table knows what went on in the 1990s and 2000s, but if you see the results and you still see there’s no winners, there’s a bunch of seconds, thirds, fourths, fifths, that all just doesn’t make any sense. Ten years from now, people aren’t going to accept that.”

Armstrong has also warned Cookson that he will not find it easy to rid the sport of former UCI president Hein Verbruggen, who ran cycling from 1991 to 2005 and was heavily implicated in the doping scandals of the era.

Cookson has called on the Dutchman to stand down as honorary president of the world governing body, which Verbruggen has refused to do.

“Cookson is not very good at taking people down,” said Armstrong. “I wouldn’t discount Hein Verbruggen if I was Brian Cookson.

“When his back is against the wall, he’s going to come out swinging in whatever capacity that is.”