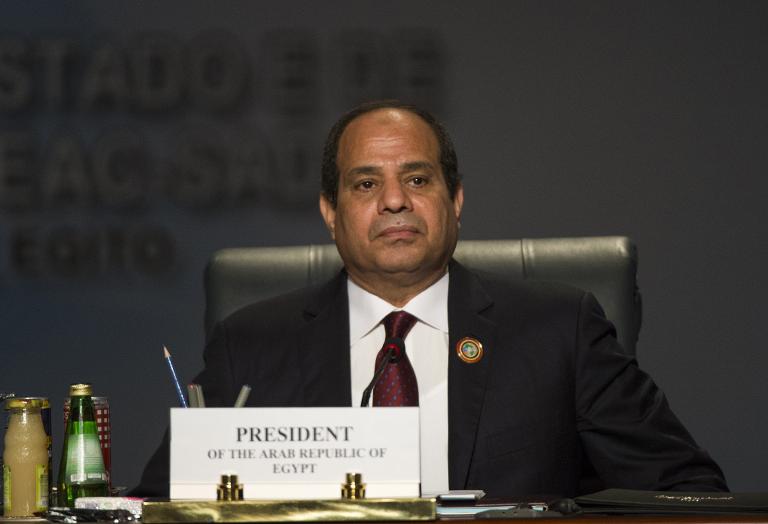 African leaders signed Wednesday a 26-nation free trade pact to create a common market that would span half the continent from Cairo to Cape Town.

The Tripartite Free Trade Area (TFTA) deal, which must still be fine-tuned and ratified, caps five years of talks to set up a framework for preferential tariffs to ease the movement of goods in an area home to 625 million people.

Analysts say it could have an enormous impact on African economies, which account for only about two percent of global trade despite strong growth.

Egyptian President Abdel Fattah al-Sisi, President Robert Mugabe of Zimbabwe and President Omar al-Bashir of Sudan were among those who signed the pact at a summit in the Red Sea resort of Sharm el-Sheikh.

But hurdles remain, with the timeline for bringing down trade barriers yet to be worked out and the deal needing ratification in national parliaments within two years.

“What we are doing today represents a very important step in the history of the regional integration of Africa,” Sisi said as he opened the summit.

“We have told the word today… of our desire to adopt practices that are necessary to increase trade among ourselves… We will do whatever is possible to activate this agreement,” he later said, wrapping up the summit.

World Bank President Jim Yong Kim said that with the launch of the TFTA “Africa has made it clear that it is open for business.”

The deal will integrate three existing trade blocs — the East African Community, the Southern African Development Community and the Common Market for Eastern and Southern Africa (COMESA) — whose countries have a combined gross domestic product of more than $1 trillion (885 billion euros).

“The geographical area covers the Cape (of Good Hope) to Cairo… The agreement paves the way for a continental free trade area that will combine the three biggest regional communities,” Ethiopian Prime Minister Hailemariam Desalegn said.

And Mugabe said the deal would create a “borderless economy” that would rank 13th in the world in terms of GDP.

Members of the three blocs range from relatively developed economies such as South Africa and Egypt to countries like Angola, Ethiopia and Mozambique, which are seen as having huge growth potential.

“The establishment of TFTA will bolster intra-regional trade by creating a wider market” that would “increase investment flow… and enhance regional infrastructure development,” a final statement said.

Negotiators were optimistic the deal would be ratified by parliaments, and would help not just developed economies but also smaller ones.

“On the ground it means jobs being created… or else there could be an Africa spring far worse than the Arab Spring,” COMESA Secretary General Sindiso Ngwenya, who led the negotiations among the three blocs, told AFP.

Negotiators drafted the deal this week in Sharm el-Sheikh, and said it addresses such concerns as management of trade disputes and protection for small manufacturers once the TFTA comes into force.

The TFTA has been widely welcomed by world business leaders, with experts pointing out that only 12 percent of Africa’s trade is between countries on the continent.

In 2013, the UN Conference on Trade and Development said Africa must focus on creating more space for the private sector to play an active role if it is to boost intra-continental trade.

Egypt itself expected to export about $5 billion worth of goods in the next five years to TFTA countries.

Officials said companies would benefit from an improved and harmonised trade regime, which would reduce costs by eliminating overlapping trade rules.

“What we have realised is that having one trade regime is better than the costly multiple trade regimes,” said Ngwenya.