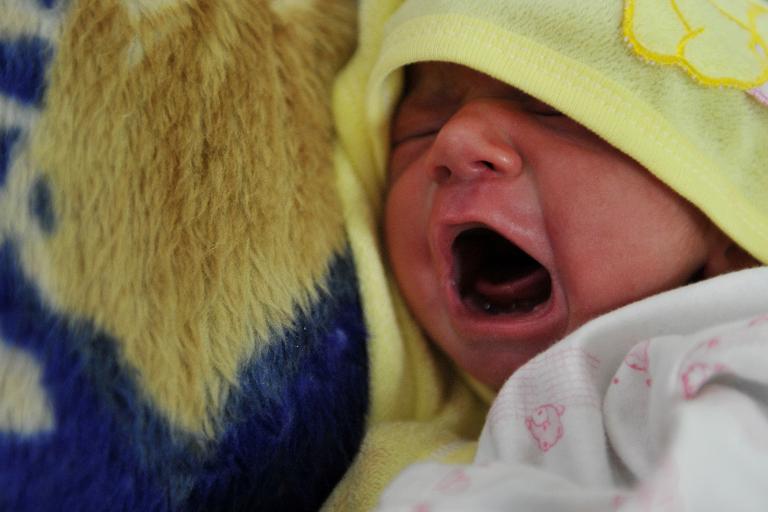 In a world first, a woman has given birth after surgeons implanted ovarian tissue that had been removed when she was a child, doctors reported Wednesday.

The girl was coming up for her fourteenth birthday when she was diagnosed with acute anaemia, needing powerful, ovary-damaging treatment.

Before the therapy, her right ovary was removed and frozen in fragments in the hope that it could be used if she ever wanted to become a mother.

A decade later, surgeons in Belgium thawed some of the fragments and reimplanted them. A healthy son was born last November.

Several babies have been born from tissue taken from adult women, but this is the first success with tissue removed before puberty, doctors reported in the journal Human Reproduction.

“This is an important breakthrough in the field because children are the patients who are most likely to benefit from the procedure in the future,” said Isabelle Demeestere at Erasmus Hospital at Brussels Free University, whose team carried out the transplant.

“When they are diagnosed with diseases that require treatment that can destroy ovarian function, freezing ovarian tissue is the only available option for preserving their fertility.”

The patient, born in the Republic of Congo, was diagnosed with sickle-cell anaemia, a genetic blood disorder, when she was five.

After she emigrated to Belgium at the age of 11, doctors found the disease was so severe that she needed a bone marrow transplant.

The procedure requires chemotherapy or radiotherapy to disable the immune system so that it does not to reject the marrow.

The transplant succeeded, although the girl had to continue with immunosuppressive drugs for a further 18 months, and her left ovary failed.

Ten years later, the woman — who wishes to remain anonymous — wanted to have a family.

At this point, Demeestere’s team offered their help.

They grafted four ovarian fragments to the remaining left ovary and 11 fragments at other sites.

The patient started menstruating regularly five months later but then hopes were dashed by another problem.

Her partner turned out to be infertile, the couple tried unsuccessfully for an in-vitro pregnancy, and then their relationship failed.

More than two years after the transplantation, the woman became pregnant naturally with a new partner at the age of 27. The boy was born last November, weighing 3.1 kilogrammes (6.8 pounds).

The patient’s ovary continues to function normally, and she has the remaining fragments in storage.

Demeestere, in a press release, said the procedure was not without controversy, given that it entailed very young girls.

“For instance, because it is an invasive procedure and because the lifespan of the graft is limited, should it be used to induce puberty and menstruation, rather than to restore fertility, when hormone replacement therapy is an efficient, standard, and non-invasive alternative for inducing puberty?,” Demeestere asked.

“Should the procedure only be proposed for patients with a high risk of ovarian failure or for those at low risk as well?”

Independent commentators hailed the feat as an important step in overcoming infertility, but agreed that ethical hurdles remained.

“We have to remember that many children who require chemotherapy are very ill and the surgery to remove ovarian tissue is no small undertaking,” Professor Adam Balen, head of the British Fertility Society, told the Science Media Centre (SMC) in London.