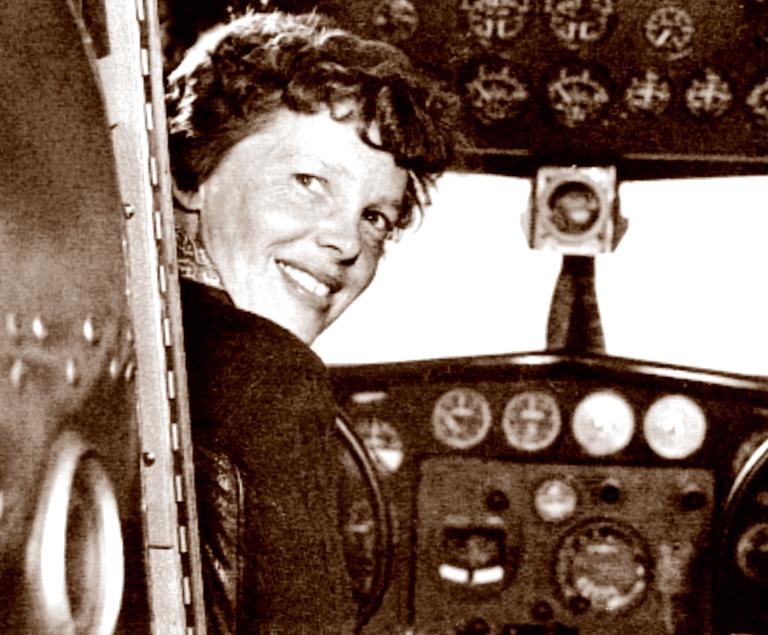 Amelia Earhart took off from southern California in 1937 on her ill-fated around-the-globe flight. A photographer documented the journey’s start.

But the world was unaware — until Tuesday — that a home movie was also made as she prepared to leave.

A publisher has released a grainy but extraordinarily well-preserved 3.5-minute film which he says depicts the legendary aviatrix, smiling and self-confident, climbing aboard her plane the day before she departed on a trip that led to her mysterious disappearance over the Pacific six weeks later.

The clip does little to solve one of aviation’s enduring riddles, in which Earhart, 39, and navigator Fred Noonan, 44, vanished as they were flying from Papua New Guinea to Howland Island on July 2, 1937, near the end of her quest to become the first woman to circumnavigate the globe by plane.

But it provides refreshing, even haunting, new images of the pilot shortly before a disappearance that has entranced aviators and historians for eight decades.

The film is believed to have been shot by John Bresnik, who tagged along with his brother Albert Bresnik, Earhart’s official photographer, to the Burbank airfield where Earhart inspected her Lockheed 10 Electra.

Author and historian Douglas Westfall of The Paragon Agency, which is publishing the film clip “Amelia Earhart’s Last Photo Shoot” along with a book of the same name, said he was approached a decade ago by John Bresnik’s son, who revealed he had a potentially historic 16-millimeter film that his father had kept for half a century in his office.

When the elder Bresnik died, the son kept the film untouched for 20 years, until Westfall coaxed him to let him make a digital copy.

“It was remarkable,” Westfall told AFP about the soundless, black-and-white footage, which shows Earhart looking “coquettish, posing for the camera” in a stylish pants-and-sweater outfit.

“It’s a remarkable piece of history and it shows Amelia playing to the camera, playing to the audience and enjoying herself before she leaves,” he said.

“Looking at Earhart — I mean, how many of those are you going to get in a lifetime?”

Purchasers of the book receive a downloadable copy of the film clip, which was seen by AFP.

The photographs from the May 20, 1937 shoot, perhaps most notably the one of a smiling Earhart leaning against the tail of her Lockheed, have been seen by millions.

But history is “blessed” to have a moving-picture account of the day as well, Westfall said.

Bresnik’s son eventually gave the film to Westfall, who said talks are underway for the film to be kept at an archive or museum.

“It was a man’s world in the Thirties,” Westfall said, explaining America’s fascination with a female pilot who broke several records, including becoming the first person to fly non-stop from Hawaii to the US mainland.

“For a woman to be flying at all was special.”

Earhart continues to fascinate. This week, the International Group for Historic Aircraft Recovery launches its 11th expedition in the South Pacific to search for more clues backing up the theory that Earhart crash-landed on Nikumaroro atoll.

Like many aspects of Earhart’s legacy, there is dispute surrounding the recently uncovered film.

Some experts, Westfall acknowledged, believe the footage shows Earhart at an Oakland airport for her first attempt to circumnavigate the globe, in March 1937, a trip that was aborted when she badly damaged the plane in a “ground loop” on the runway in Hawaii.

But Westfall, who conferred with several historians, engineers and pilots, said he is “absolutely 100 percent” certain the film shows preparations in Burbank for a more low-key May departure, this time west-to-east.

Earhart and Noonan made stops in the United States, South America and then Africa before crossing into Asia.