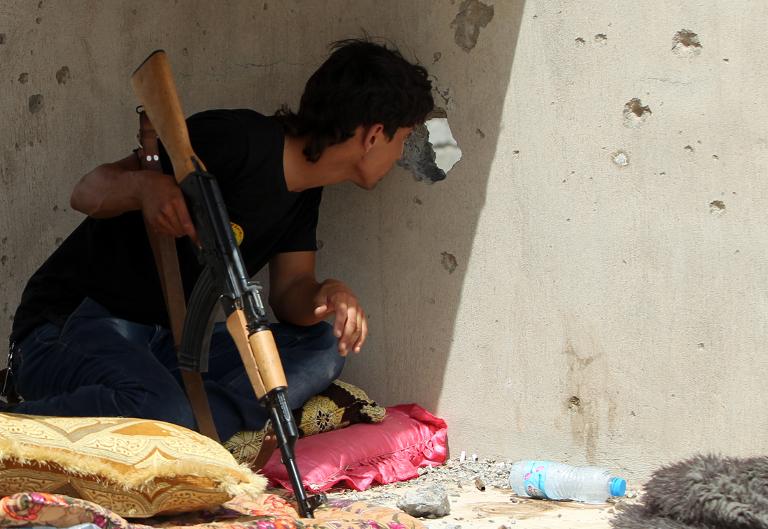 President Barack Obama appears poised to approve the deployment of hundreds more US training personnel to Iraq, in a bid to reverse gains by the Islamic State group.

Officials said Obama is considering authorizing an increase of under 500 troops to boost the capacity of the Iraqi army and Sunni tribal fighters.

“We are considering a range of options to accelerate the training and equipping of Iraqi security forces,” National Security Council spokesman Alistair Baskey told AFP.

“Those options include sending additional trainers to Iraq.”

Recent Islamic State victories in Ramadi in Iraq and Syria’s Palmyra have thrown into doubt Obama’s strategy of depending on US airpower and Iraqi ground forces to win the war.

But in response, the Pentagon has drawn up plans to augment an existing mission rather than forge a new approach.

“Because the forces we’ve trained are performing better than expected, we feel it’s in everyone’s interest to train more.”

The current US mission comprises roughly 3,000 advisers and trainers.

A larger deployment could mean increasing the number of training sites from the four currently being used, one official said.

The training effort would carry “a particular emphasis on the Sunnis,” the official added.

Until now, Baghdad has overseen the training of Sunni tribal fighters, who are likely to be key to victory in Ramadi and the surrounding Anbar province.

Weapons deliveries, however, would continue to flow through the Iraqi central government.

Iraq’s Sunni Muslim community has yet to join the fight against the self-proclaimed Islamic State in large numbers.

Among Sunnis there is lingering distrust of the Shiite-led government in Baghdad, which IS fighters have sought to exploit.

Within the administration, there was said to have been no serious talk of sending forward air controllers to the front with Iraqi or Kurdish forces, or of dramatically expanding the American military presence.

Republican lawmakers have blasted Obama over his approach to the conflict, with some hawks demanding a more aggressive stance that would include spotters on the ground to direct bombing raids and a larger-scale air war.

But even the broader training mission may pose its own difficulties.

“We’d like to see… more Sunnis come into the pipeline and be trained,” Warren said. “This is what we have urged Abadi to help solve.”

After meeting Abadi on Monday in Germany, Obama said the Iraqi side needed to show it could make use of extra help being offered by the United States and other members of the anti-Islamic State coalition.

“All the countries in the international coalition are prepared to do more to train Iraq security forces if they feel that additional work is being taken advantage of,” Obama said on the sidelines of the G7 summit.

“And one of the things we’re still seeing in Iraq is places where we have more training capacity than we have recruits.”

Obama said he was waiting for final plans to be presented by the Pentagon.

US concerns about the Iraqi army’s ability to absorb the training were highlighted by the absence of trainees at al-Asad air base in Anbar province, where several hundred American troops are stationed to help with combat instruction.

The Pentagon said Baghdad had pulled out the trainees and redeployed them to help provide security for a religious pilgrimage.

The US-led coalition has trained 8,920 Iraqi troops so far in basic combat skills and 2,601 are going through courses now.

The US-trained troops have deployed to Samarra, north of Baghdad, to a front line in the north with Kurdish peshmerga forces, and in al-Karmah in Anbar province, Warren said.

Other units that completed the training are at the ready for an eventual counterattack to retake the western city of Ramadi, which fell to IS jihadists on May 17.