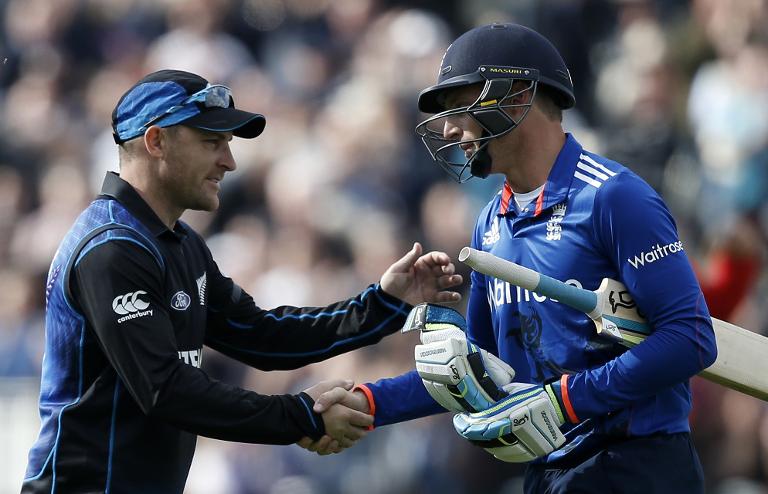 New Zealand coach Mike Hesson has challenged his bowlers to up their game after the World Cup finalists’ colossal 210-run defeat by England in the first one-day international at Edgbaston on Tuesday.

It was England’s biggest victory, in terms of runs, in all one-day internationals, beating their 202-run margin against India during the inaugural 1975 World Cup.

With the exception of left-arm paceman Trent Boult, who took four for 55 in his maximum 10 overs, the rest of New Zealand’s attack suffered heavy punishment on Tuesday.

Hesson, ahead of the second in a five-match series at The Oval on Friday, was clear on where New Zealand needed to improve.

“We’ve got two things to work on: our decision-making, trying to block off parts of the park where we could look to defend and there were too many balls down ‘main street’ where you can hit both sides of the wicket,” he said at New Zealand’s hotel in Birmingham on Wednesday.

“Fail to execute well and you go the distance. We need to look at our decision-making under pressure.”

England’s performance was in stunning contrast to their lacklustre World Cup, where a first-round exit included an eight-wicket thrashing by New Zealand in Wellington in February

However, the Black Caps were without Tim Southee — who took a national record 7-33 in Wellington — on Tuesday after he was rested following the 1-1 drawn Test series between England and New Zealand.

Hesson, asked if Southee would return at The Oval, said: “He’s close, he’ll definitely be considered. We’ll just have a look and see how he scrubs up in training tomorrow (Thursday).”

England one-day captain Eoin Morgan said after the match that New Zealand had provided an example to follow, but Hesson was not so sure.

“I don’t think anyone owns a style, per se,” he said. “I think England took advantage of our poor execution and they played extremely well.”

The New Zealand coach refused to blame his batsmen for the scale of the defeat.

Of the 14 scores of 400 or more in ODI cricket, six have been posted within the past year but Hesson denied one-day cricket was becoming too much of a batsmen’s game.

“I like the way it’s going because there are high scores and also a lot of low scores,” he explained.

“Thereâ€™s a balance between risk and reward. Previously scores between 200-250 made it pretty mundane, now youâ€™ve got extremes which is exciting and brings in a whole different element to the game.”