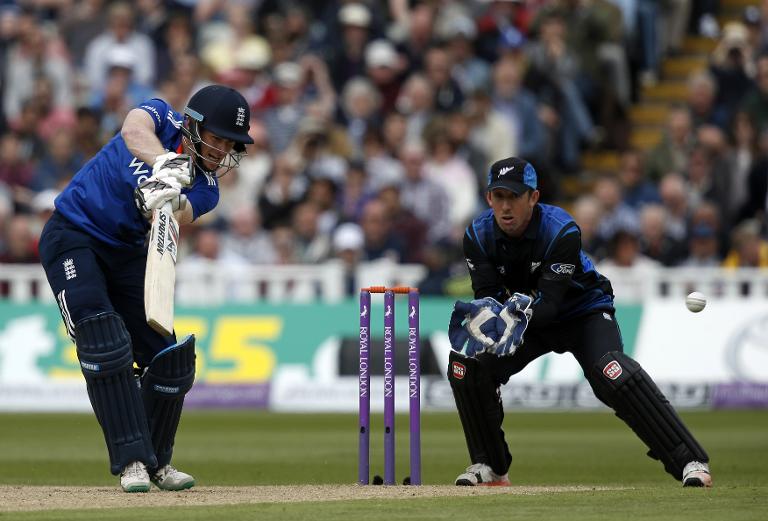 England one-day captain Eoin Morgan said his side had come close to perfection after their record-breaking 210-run win over World Cup finalists New Zealand at Edgbaston on Tuesday.

It was England’s biggest victory, in terms of runs, in all ODI cricket, beating their 202-run margin against India at Lord’s way back during the inaugural 1975 World Cup.

Quickfire hundreds by Joe Root (104) and Jos Buttler (129) took England to 408 for nine — the first time they had made 400 in an ODI and topping their previous best of 391 for four against Bangladesh at Trent Bridge in 2005.

Buttler’s stand of 177 with Adil Rashid (69) was also a new seventh-wicket record in all one-day internationals, overtaking the 130 shared by Zimbabwe’s Andy Flower and Heath Streak against England in Harare in 2001.

England dismissed World Cup finalists New Zealand for 198 with more than 18 overs to spare. Fast bowler Steven Finn (four for 35) and leg-spinner Rashid (four for 55), whose batting and bowling figures were both ODI personal bests, did the bulk of the damage.

“It was as close to the perfect performance in a one-day game as you’ll find,” said Morgan, who showed signs of his old form with a 46-ball fifty.

The victory saw a revamped England side go 1-0 up in the five-match series, having suffered a humiliating eight-wicket World Cup defeat by New Zealand in Wellington in February when the teams last met in white-ball cricket.

That match formed part of the Black Caps unbeaten run to the World Cup final, where they lost to fellow co-hosts Australia, whereas for England it was one of several defeats during an embarrassing first-round exit.

England’s approach at the World Cup was labelled “prehistoric” by their former all-rounder Paul Collingwood and played a key role in the sacking of coach Peter Moores.

But they came up to date in Birmingham, with Buttler and Rashid going for their shots even when England were in danger of squandering Root’s early work at 202 for six.

“For a long time, we’ve talked about playing a different and aggressive brand of cricket — and today (Tuesday) we’ve produced it,” said Morgan.

However, the former Ireland international added: “I think the real test is going to be consistency for us.

“We didn’t have to look far for the method in which we had to play — New Zealand have done it for a few years now, and shown that playing consistently like that is possible.

“That’s going to be the challenge for us.

“But today Jos Buttler and Joe Root were outstanding, as was Adil Rashid.

“Those three guys put in match-winning performances, well-supported by Steve Finn as well.”

New Zealand captain Brendon McCullum said his side had been overwhelmed.

“They were special performances from Joe Root and Jos Buttler,” he said.

“To post 400 in any game is outstanding. Credit to England, they blew us off the park.

“I think sometimes you’ve got to admit when you get it wrong at the toss,” said McCullum, who was bowled by Finn in the first over of New Zealand’s reply.

“But I still don’t think it should take away from how outstanding they were with the bat and the ball and in the field.”

McCullum added the approach of both sides meant spectators could look forward to plenty of exciting cricket during the rest of the series, which continues at The Oval on Friday.

“There will be some cliffhangers at some point, no doubt,” he said.

“I think the crowds are going to be in for some outstanding cricket over the next week and a half.”