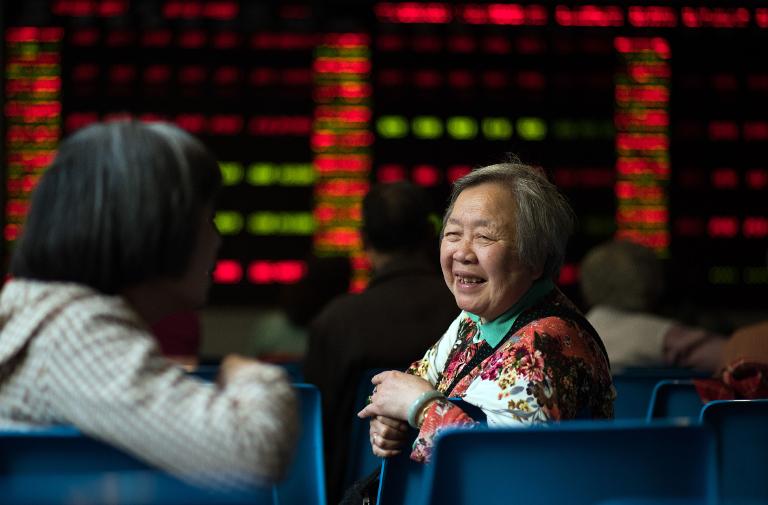 Global index compiler MSCI said it had delayed including Chinese shares in its benchmark index because there were still “remaining issues” over market access, but pledged to work with China’s securities watchdog towards inclusion.

Speculation that China’s yuan-denominated “A shares” would be included in MSCI’s emerging markets index following its annual classification review helped push the Shanghai market up this week on hopes it could bring in billions of dollars in extra funds.

But New York-listed MSCI said there were still some matters that needed to be addressed and it would work with the China Securities Regulatory Commission to resolve them, adding the stocks would be added as soon as this is resolved.

The news sent the benchmark Shanghai Composite Index tumbling more than two percent in opening exchanges Wednesday, but they recovered most of this losses to sit 0.45 percent lower at midday.

“Major investors around the world are eager for further liberalisation of the China Aâ€shares market,” MSCI Managing Director and Global Head of Research Remy Briand said in a statement issued Tuesday.

“We look forward to a fruitful collaboration that will contribute to the further opening of the China Aâ€shares markets to international investors and the inclusion in the MSCI Emerging Markets Index,” Briand said.

The Communist Party closely monitors inflows and outflows of capital owing to fears they could harm the economy and weaken its financial control.

However, it has started to steadily open its capital markets, launching a scheme in November that connects the Shanghai and Hong Kong stock exchanges and allows investors from both sides of the border to trade selected stocks in each.

A similar scheme is planned to link Hong Kong with the country’s second stock exchange in Shenzhen.

While the MSCI decision left many disappointed Chen Xingyu, an analyst with Phillip Securities Group, told AFP: “In the short term, being included in the indices of MSCI is more prestige because it would mean that Chinaâ€™s stock market is getting more attention from foreign investors.”

The Shanghai market was the world’s second-best performer last year, surging 52.87 percent in 2014 and more than 58 percent so far this year.