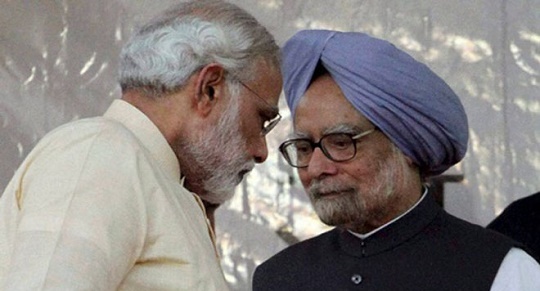 “I have to acknowledge that my successor has been a more adept salesman, event manager and communicator than me,” Singh said addressing a Congress chief ministers’ conclave.

Singh, who was Prime Minister for 10 years, said the UPA story should not be lost because of inadequate communication.

Earlier, in her inaugural address to the conclave, Sonia said one of the lessons learnt from the last Lok Sabha election was the need for better communication and marketing.

“One of the lessons we have learned from the last election is that we need to vastly improve our communications and marketing skills, particularly in an era of rapidly changing technology,” she said.

“We can have great accomplishments but they have to reach the people. The party organisation, of course, is the primary instrument for such dissemination and propagation,” she said.

Gandhi told the chief ministers that their administration and the party organisation have to work cohesively with each other.

“As chief ministers you have a special responsibility to ensure that party workers are motivated and enthused to become champions of the achievements of the governments you run,” she added.

Lack of proper communication by the top Congress leadership was seen as one of the prime reasons for the party’s Lok Sabha debacle despite the UPA government introducing people-friendly measures like MNREGA and food security law.