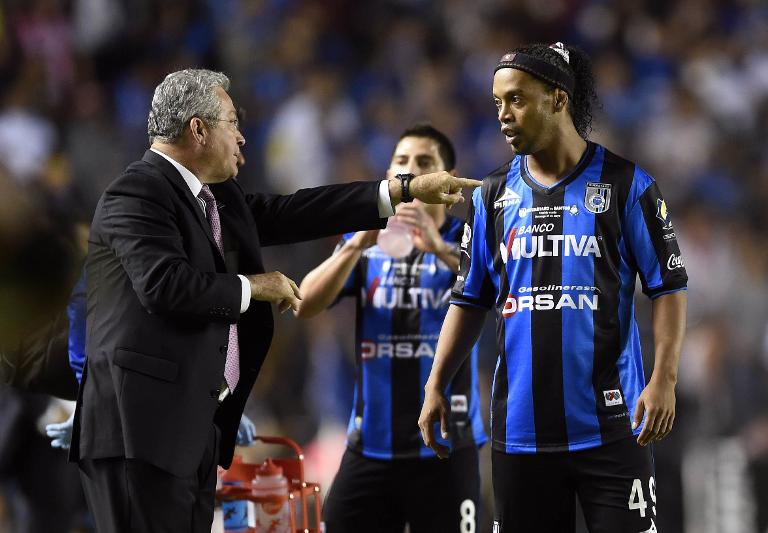 Mexican club Queretaro and Ronaldinho are going to part ways, the team manager said, after a tumultuous year for the Brazilian football great.

Ronaldinho arrived with great fanfare last year, but he started off with a missed penalty in his first game and was benched after storming out of the stadium during a semi-final game last month.

White Roosters coach Victor Manuel Vucetich said on Tuesday his team needs players who are “on the rise, not declining.”

“It will depend on many factors, many things, but the intention is precisely that at some point he is no longer with us,” Vucetich told reporters.

Vucetich dropped Ronaldinho from the squad of the second leg of the Clausura-2015 tournament semi-final because Ronaldinho had left the stadium following his substitution in the first leg.

Queretaro still made it to the final, the first in club history, but lost the trophy to Santos on a 5-3 aggregate score.

The White Roosters lost the first leg 5-0 and won 3-0 in the return game, with Ronaldinho coming on as a substitute.

He was almost a hero, scoring a fourth goal that was disallowed because he snatched the ball away from the goalkeeper as he was about to punt it.