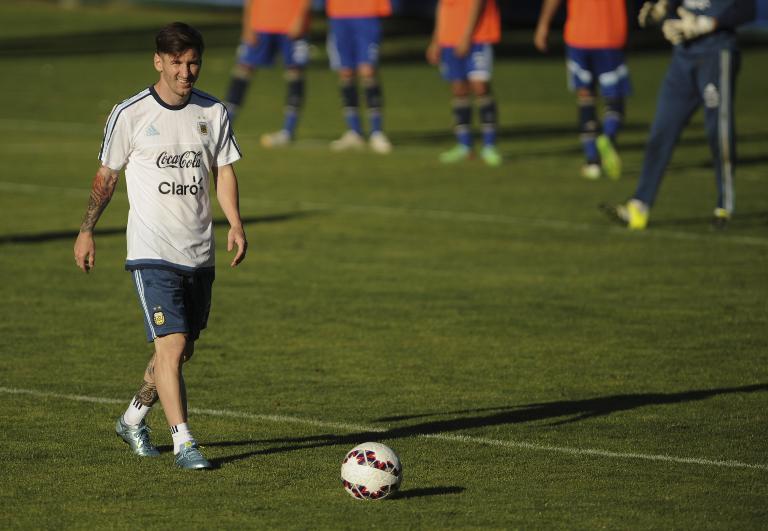 Argentina are favourites to end a 22-year trophy drought when the Copa America kicks off on Thursday as a resurgent Brazil chase redemption following their ill-fated campaign at last year’s World Cup.

One of the most eagerly anticipated Copas in years gets under way in Santiago, with hosts Chile launching the three-week extravaganza of South American football against Ecuador in Group A at 8.30pm (2330 GMT).

The 12-team tournament is a convention of football’s deadliest attacking talents, with a galaxy of Europe-based stars including Lionel Messi, Neymar, James Rodriguez, Alexis Sanchez and Edinson Cavani set to shine.

The competition also comes as a welcome relief to South America’s governing body CONMEBOL, which has been battered by corruption allegations in the ongoing scandal which has rocked world football.

Argentina captain Messi and Brazilian counterpart Neymar head to Chile less than a week after inspiring Barcelona to their Champions League triumph in Berlin on Saturday, the final act of a glittering treble-winning season.

Both No.10s are carrying the weight of expectation on their shoulders, with Messi determined to finally taste glory at a major international tournament with Argentina and Neymar aiming to erase the memory of last year’s World Cup.

While Messi has been the key figure in Barcelona’s emergence as the dominant force in club football over the past decade, he has yet to taste victory in an Argentina shirt, a gold medal in the 2008 Olympics aside.

“Our aim is to win this year,” said Messi, who fell agonizingly short of ending Argentina’s jinx in an extra-time defeat to Germany in last year’s World Cup final. “It’s great to play with the national team, to wear the shirt and to be captain,” Messi added. “But getting a title would be the ultimate for me.”

Messi may feel he has a point to prove, four years after being jeered by his home fans during Argentina’s quarter-final exit to eventual winners Uruguay.

Argentina open their campaign against Paraguay on Saturday, and should comfortably progress from a Group B which also includes Uruguay and Jamaica, one of two teams from the CONCACAF region invited to bolster the tournament.

The biggest threat to Argentina’s hopes of topping the group is likely to come from defending champions Uruguay, who are bullish about their chances despite the absence of suspended talisman Luis Suarez. The holders will instead look to Paris Saint-Germain striker Cavani to provide the cutting edge in attack.

Cavani heads into the tournament after notching 31 goals in all competitions for the French giants this season, a haul which has reportedly made him a transfer target for Manchester United this summer.

Brazil and Neymar meanwhile begin their campaign against Peru in Group C on Sunday.

Brazil’s biggest challenge of the first round comes three days later when they face Colombia on June 17, a rematch of the two sides’ bruising World Cup quarter-final last year.

That stormy encounter was notable for a series of rugged Brazilian challenges on Colombia star James, although Brazil’s 2-1 win came at a price, with Neymar suffering a broken vertebra that ended his World Cup.

Brazil’s World Cup dream was ultimately demolished by Germany in the next round, when the hosts were humiliated 7-1 in the semi-finals, before losing 3-0 to the Netherlands in an abject third place play-off display.

Fast forward a year however and Brazil, under the guidance of former coach and 1994 World Cup-winning captain Dunga, are back on track.

Dunga’s men have reeled off nine straight victories since the World Cup and will feel confident of reaching the Copa final in Santiago on July 4.

Dunga, who coached Brazil to their last Copa America win in 2007, believes the form of striker Neymar has been key to the revival.

One of Dunga’s first acts last year was to hand the captain’s armband to the Barcelona forward, and the 23-year-old has thrived on the added responsibility.

“It is not a surprise, but the statistics are there to show that when Neymar puts on the captain’s armband, he takes a step forward,” Dunga said in March.

“He is a player who likes challenges. The more responsibility he has, the more he will develop.”