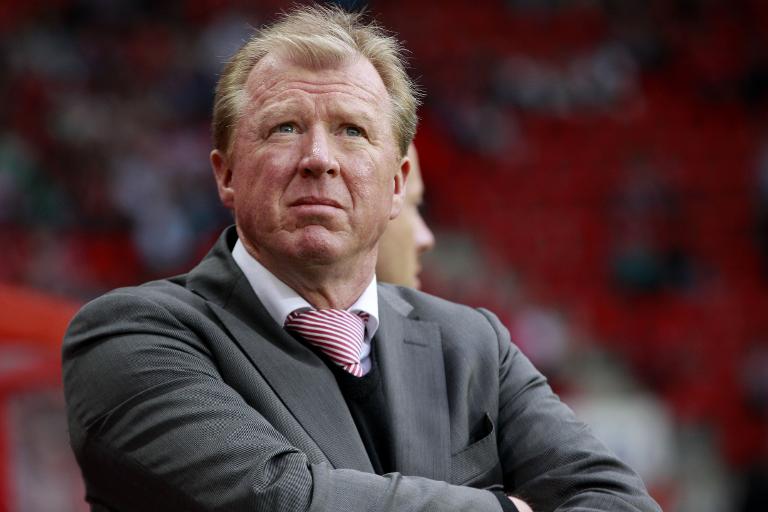 Former England manager Steve McClaren has been appointed as the new head coach of Newcastle United on an initial three-year contract, the Premier League club announced on Wednesday.

McClaren, 54, succeeds John Carver, whose departure was confirmed earlier on Wednesday, and has a clause in his contract that could see it extended to eight years, the club said.

“I am privileged to be appointed head coach of Newcastle United. This is a big club with a wonderful heritage,” McClaren said in a statement on the Newcastle website.

“St James’ Park is like a cathedral on a Saturday afternoon, a symbol for the city, and I am excited to be given this opportunity.”

McClaren reportedly turned down an approach from Newcastle when the club’s former manager Alan Pardew left for Crystal Palace in January, which saw Carver promoted from his role as assistant.

But a return of three wins from 19 Premier League games nixed Carver’s hopes of securing the job on a permanent basis and with McClaren out of work following his sacking by Derby County in May, Newcastle went back to him.

Managing director Lee Charnley revealed that McClaren has been tasked to achieve a top-eight league finish and said that he is “heavily incentivised” to win the club’s first trophy since 1969.

“We recognise supporters’ strong desire to win a trophy, an ambition which the club now shares as (owner) Mike Ashley made clear in his comments on the final day of the season,” Charnley said.

“Steve is excited by this and he has our full support in trying to achieve this goal.”

Newcastle, who only avoided relegation from the Premier League on the season’s final day, had earlier announced the exits of Carver and coach Steve Stone, freeing McClaren to bring in his own back-room staff.

A former assistant to Alex Ferguson at Manchester United, McClaren made his name as a manager at Middlesbrough, guiding them to League Cup glory in 2004 and to the final of the 2006 UEFA Cup.

It earned him the chance to manage his country, but his 16-month tenure ended in disappointment as England failed to qualify for the 2008 European Championship.

He bounced back spectacularly at FC Twente, leading the club to a first ever Dutch league title in 2010, but subsequent stints at Wolfsburg, Nottingham Forest and a return to Twente proved underwhelming.

He was dismissed by Derby after the club missed out on a place in the Championship play-offs.

“I know how important Newcastle United is to the city and the region,” said McClaren, who has also been appointed to the club’s board of directors.

“The supporters are some of the most loyal, passionate and devoted in the world. Despite everything, they maintain their faith. We owe it to them to do everything we can to reward them with success.”

He added: “I’ve already won trophies as a manager, and a club the size of Newcastle United should be winning cups and finishing in the top eight in the Premier League.

“I’m determined to give the supporters of Newcastle United a team they can be proud of. The hard work starts now.”

Charnley had earlier paid tribute to Carver, saying “no-one could have worked with more passion and enthusiasm than he did”.

Carver said it had been a “privilege” to serve the club.

“I wish the club every success for the future and steeled with the experience of the last six months, I am eager and ready for the next challenge,” he added.