Home Uncategorized Live it up with Zoya's Dil Dhadakne Do 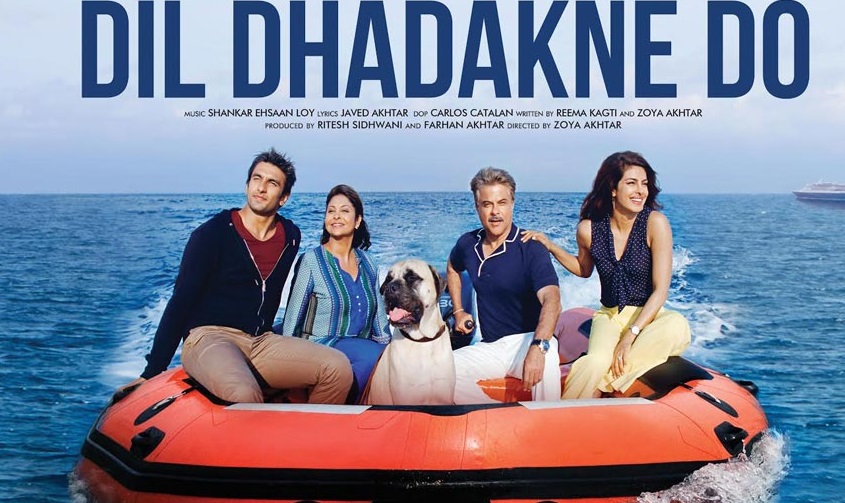 Zoya Akhtarâ€™s directorial venture Dil Dhadakne Do, has not only got impressive reviews from the critics and film fraternity but has also managed to live the expectations of its audience.

The star-studded movie, which has Priyanka Chopra, Anushka Sharma, Ranveer Singh, Anil Kapoor and Shefali Shah is a comedy-drama and a complete package in itself — from beautiful locales, a peek into the lives of rich and quirky characters or melodramatic scenes — it blends everything perfectly.

Piku opened with Rs 5.2 crore, swelled to Rs 8 crore plus on Saturday and Rs 11 crore plus on Sunday, and it closed 3rd weekend at a smooth Rs 71.72 crore.

TWMR closed the first week itself at a minimum Rs 60 crore. In comparison, â€˜Dil Dhadakne Doâ€™ is now looking to have a solid opening weekend of more than Rs 35 crore total income.

Apart from Anurag Kashyapâ€™s most anticipated film of the year, â€˜Bombay Velvetâ€™, which couldnâ€™t live upto the expectations of its views, rest of the films which have released till now have made us crave for more!

Dil Dhadakne Doâ€™ opened with mixed reviews from critics, but the audiences have appreciated the film as the occupancy increased on the second day.

The film, which talks about a dysfunctional family, targeted most of its audience and thatâ€™s why even the rise in the ticket prices didnâ€™t hamper the Box Office collection.

Although in the upcoming future, DDD have to face tough competition from Emraan Hashmi and Vidya Balanâ€™s upcoming flick Hamari Adhuri Kahani, which also stars Rajkumar Rao, and it is slated to release on June 12. This movie will be followed by another big hit of the year, which is a sequel of ABCD, Varun Dhawan and Shraddha Kapoorâ€™s next, ABCD2.