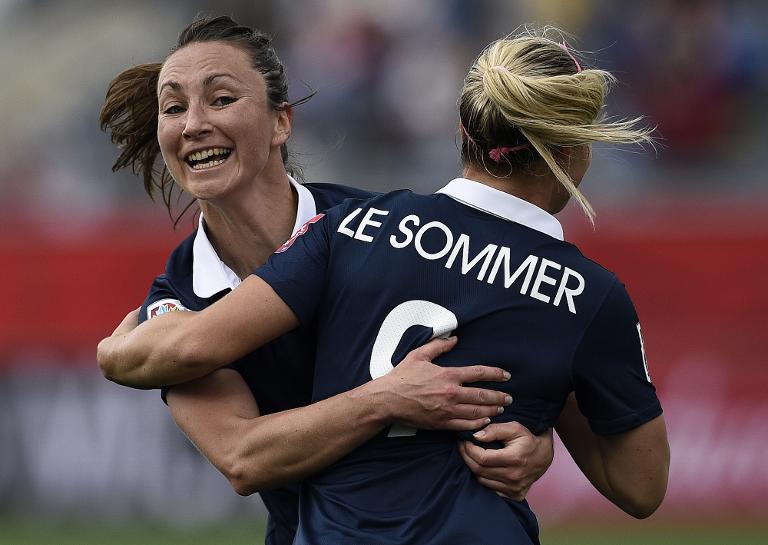 Eugenie Le Sommer’s spectacular first-half goal got France’s Women’s World Cup campaign off to a winning start with a 1-0 victory over long-suffering rivals England in their Group F clash in Moncton on Tuesday.

The ambitious French, ranked third and among the tournament favourites, dominated in rain and windy conditions in New Brunswick, condemning England to remain winless against their old rivals since 1974.

This was also the first time England’s women had lost an opening match in a World Cup.

A moment of brilliance from Le Sommer put the French ahead after 29 minutes when England’s Katie Chapman lost the ball in midfield and the Lyon striker rifled a rising drive past a diving Karen Bardsley.

“We wanted to set ourselves up and it was against England. They were the big game of the group,” she explained.

“Conditions were difficult and hard for the teams. It was a little slippery with the rain.

“After the goal we wanted to control the game and they didn’t really come after us.”

The French, who also eliminated England from the 2011 tournament and the 2013 Euros, look to have the potential to go all the way in what is their third women’s world finals after finishing fourth in 2011.

“This team have shown they can be devastating in their counter attack,” said England coach Mark Sampson.

“It is a well organised a physically strong French defence,” he added of ‘Les Bleues’ who followed in the footsteps of the other favourites Germany, the United States and Japan, who all got off to winning starts in the tournament across Canada.

The rain, wind and black balls of artificial turf which flew up with every bounce of the ball made conditions difficult in front of a sparse crowd of several thousand which mostly arrived late for a game which looked far from the image of a World Cup clash.

Following a tense first 20 minutes the French had three shots at goal with a Louisa Necib free kick after 21 minutes followed by two efforts from Le Sommer and Gaetane Thiney, before Le Sommer got the breakthrough.

After the break, Le Sommer had several chances to pull further ahead, but failed to find the target, as England struggled to retain possession and caused few problems for the French backline.

“It’s a bad result but we’re going to try to take the positives from it,” said Sampson.

“It’s the first game of the tournament. It’s a platform for us and we’ll definitely try to build on that in our two games coming up.”

The sixth-ranked English looking to push beyond the quarter-finals for the first time, chase their first points against Mexico on Saturday when France play Colombia.

Colombia and Mexico are playing later in the New Brunswick city.