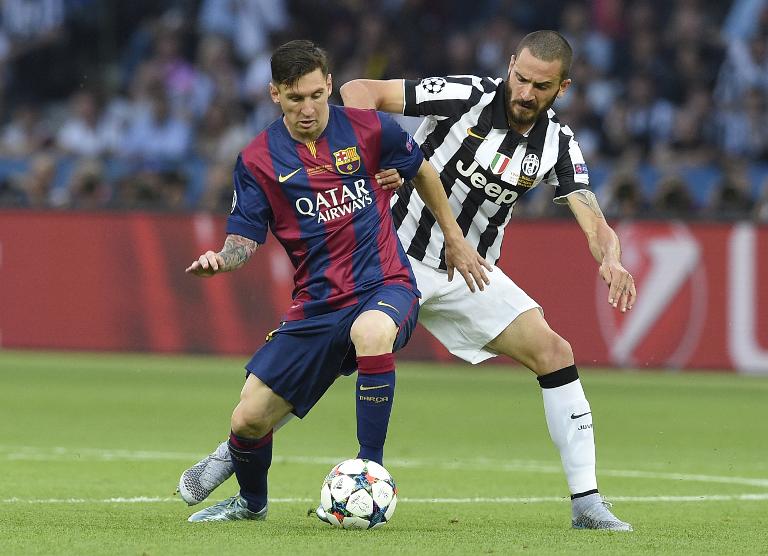 Juventus defender Leonardo Bonucci has admitted he has misplaced the loser’s medal he was given after the Turin giants’ 3-1 defeat to Barcelona in the final of the Champions League.

Asked about his memories of last Saturday’s final in Berlin, Bonucci admitted he has tried to consign the loss — Juve’s sixth defeat in the final of Europe’s premier club competition — to past history.

“After our defeat to Barcelona, when they gave me the medal I took it off straight away and I don’t even know where I’ve put it,” Bonucci told reporters at Italy’s Coverciano training camp near Florence.

“When you finish second, you don’t celebrate, you try to forget.”

Bonucci will line up for Italy on Friday in a Euro 2016 qualifier away to Croatia in Split that could see the hosts open up a five-point gap on the beaten 2012 finalists at the top of Group H.

Italy have not beaten Croatia since a 4-0 friendly win in 1942, losing three and drawing four in their seven matches since, including November’s 1-1 draw at the San Siro in Milan were Italy were lucky to escape with a share of the spoils.

Conte also has major injury worries ahead of their trip.

Italy’s Juventus players will once again come face to face with Barcelona midfielder Ivan Rakitic, who opened the scoring in Berlin last week.

Although Bonucci is relieved Croatia will be without Real Madrid midfielder Luka Modric, he is looking forward to testing himself against Atletico Madrid striker Mario Mandzukic.

“Thankfully, they’ll be without Modric but we will still be facing Mandzukic, a modern day striker who knows how to score and never gives up,” added the Italian.

“For a defender, facing such a player is a blessing because it forces you to never lower your guard.”